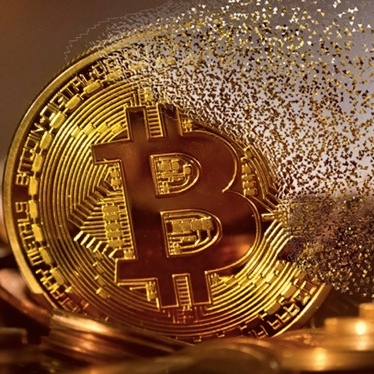 Bitcoin has a lot of uses in real life. It makes payments much easier by allowing people to pay from anywhere in the world. In that sense, it also helps the e-commerce industry. It allows business owners to expand their market reach and add another mode of payment.

Another real-life use is Bitcoin’s ability to preserve wealth. Countries with struggling economies can use bitcoin to preserve the value of their native currencies. With all those real-life uses, we have yet to mention the one that stands out the most: remittances.

According to a report on Clovr, cryptocurrencies take 15.8% of the total money being sent across the world in 2018. It’s 4th place in the current money sending methods, only falling behind online services (like PayPal), money transfer services (Western Union) and traditional wire transfer (via bank or credit union).

Remittances are what you call money that is sent to a friend or family member in another country, generally used for food or household items. Although traditional remittance services work, they often come with a lot of fees, and it takes a while for transactions to be processed. Bitcoin is the perfect workaround for the many fees of standard remittances.

The way that traditional remittance services and bitcoin work are very different. They go through different processes and systems before your money ends up where you want it.

The first step to processing a standard remittance is to go to a Money Transfer Operator (MTO). Then, hand them the cash at their available exchange rate. After that, the MTO will begin the process of sending the money.

Like any other service, the MTO will charge you a fee for using their services. In most cases, the MTO is only the front end. Usually, MTOs will use the software and system of a bigger Remittance Service Provider (RSP) like Western Union or Moneygram. The MTO will then take a small portion of the fee that they charged you and the rest of the fee will go to the RSP. If MTOs are using the services of a bigger RSP, they might have to pay for the installation, subscription, and maintenance of the system.

This means more fees for the person trying to send money. To the supposed receiver of the money, this means that the fees have stacked up quite a bit. That means the costs are much higher than anticipated. To add to that, there is sometimes a lack of transparency in the exchange rates. Meaning it could cost even more for the end customer.

For bitcoin remittances, there are MTOs that are cloud-hosted that are easy to use. These target the developing nations, making it easy for the underbanked to send money. MTOs are able to send and receive funds with just an internet connection. This means that there aren’t as many fees for any system or program. All transaction details are usually stored in the blockchain. That includes the customer’s details used for verification.

As you can see, bitcoin remittances provide an easy and efficient way of sending money overseas and a cheaper alternative. Unlike its standard counterpart, bitcoin remittances don’t carry a lot of fees with them. It also has a lot more transparency. It provides a way for you to know where your money is going when you use bitcoin remittances. All transactions are recorded on a public ledger for everyone to see.