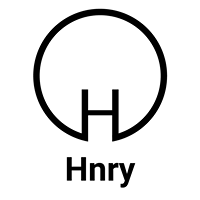 Australian independent earners will now have access to a world-leading online tax and financial admin service designed especially for their unique needs, with the October 1st launch across the country of award-winning Kiwi FinTech company, Hnry.

After record growth from innovative start-up to acclaimed, established business and industry commentator in New Zealand, Hnry is taking the next step on their upcoming international journey with expansion into Australia. They will be working with Australian banking partner NAB, after having completed a successful six month pilot programme resulting in strong demand for their services from independent earners across the country.

Co-founder and CEO James Fuller says Hnry is a global first in providing a single service to take care of all financial admin for self-employed contractors, freelancers and sole traders – combining an accountancy with an app, with financial tools to help independent earners focus on what they do best.

“From invoicing and payments through to deductions and tax filings, using Hnry means never having to think about tax again,” he said. “Combining a mobile app with an accounting service means that it’s all in one place – making self-employment simple, affordable and accessible for anyone.”

Fuller says that in Australia, as in New Zealand and many other countries, the self-employed market has grown considerably, due in part to the COVID-19 pandemic, although it had already been growing over the last decade. “Before Covid, there were an estimated five million Australians earning some or all of their income outside of PAYG employment,” he said. “In the last six months this number has increased, as more and more Australians look to different ways of earning during this period of uncertainty”.

When Hnry was first founded in NZ four years ago, it was just three people looking to solve their own problem, Fuller says.

“We were working as freelancers and contractors ourselves at the time, and we just wanted to focus on our clients and do great work, but suddenly we had to think about tax calculations and payments, or ‘reconciling’ in complex accounting software; we had to go and visit an accountant to ‘talk about our taxes’ – which mean a lot of stress and hassle. We knew when we started Hnry that this was a global problem – it’s something that freelancers, sole traders and contractors have had to put up with for years”.

Now, with a team of 18 and full time employees increasing by 30 percent, Hnry is continuing the rapid growth it has experienced the last few years, with Fuller saying they are really excited to expand into new markets, and help solve problems for as many people as possible.