What is a Digital Wallet? 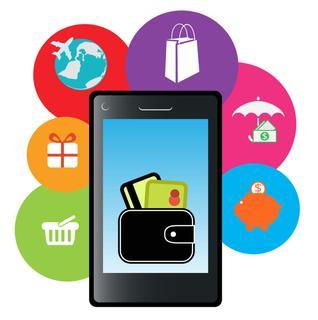 What is a Digital Wallet?

Okay, so you have your head around the idea of the currently emerging Blockchain technology and you pretty much understand what a cryptocurrency is, now onto the next step — what is all this talk about a ‘digital wallet’?

While it can be quite a daunting task to get your head around all of these new concepts, we promise it’s far easier to come to terms with what a digital wallet actually is — it’s really as simple as it sounds.

Think of your current wallet and how that works. You have access to your physical coins and notes, known in financial terms as fiat currency, and you can put them all into your wallet where you can keep track of how much you have and store it for as long as you like.

According to Lachlan Feeney, the senior technology officer and blockchain developer at Civic Ledger, a company that uses blockchain systems to solve public sector problems, the concept of a digital wallet works in exactly the same way — except the money you store, cryptocurrency, is digitised into online coding as is the technology behind your wallet.

“In its simplest form, a digital wallet is just an application that stores or holds onto your cryptocurrency,” he told HuffPost Australia.

“You can download an app on your phone which could be a Bitcoin wallet and you can send bitcoin to that wallet. They’re just simply a way to hold onto your cryptocurrencies.”

Essentially, that makes digital wallets based on the same idea as current online banking mobile applications that are available to display the funds you have stored with a bank.

The only difference? Digital wallets usually don’t deal with the current legal national currency that is the Australian Dollar because they’re used to store cryptocurrencies such as Bitcoin, and they also don’t need a bank to operate because they’re built on blockchain technology.

Source: What Is A Digital Wallet? – The Huffington Post