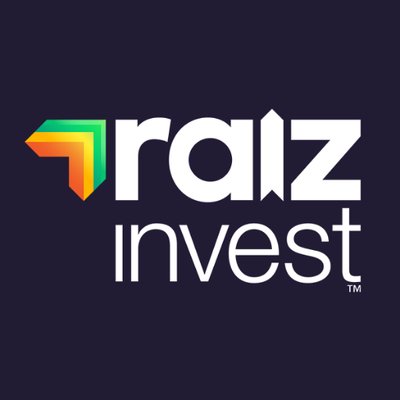 Raiz Invest Limited is a multi-award-winning micro-investing and fintech platform with operations in Australia and Southeast Asia. With Raiz, users can automatically invest the virtual ‘spare change’ from their daily purchases into diversified portfolios. In Australia, this can be done to boost savings inside and outside of superannuation. Raiz has provided its Appendix 4C cash flow statement for the quarter ended 31 March 2022 (Q3 FY22), as well as the following business and operational commentary.

RZI’s FUM stays above $1bn mark despite market volatility Raiz’s Australian–based FUM was $1.019 billion at the end of Q3 FY22, up 46.7% on a YOY basis. Although the end–Q3 FY22 figure was 1.5% lower on a previous period (QOQ) basis, this was, in part, attributable to volatility as stock markets retreated in the first half of the March 2022 quarter. The S&P/ASX 200, for example, was down about 6.4% in January 2022. As share markets rallied later in the quarter, Raiz Invest’s FUM again started to trend higher.

Within the headline FUM number, Superannuation FUM continued to report impressive growth, growing 108.0% YOY to $192.4 million. This was despite market nervousness caused by a raft of geopolitical and macro–economic concerns; it also rose on a QOQ basis (by 0.6%).

Total FUM stayed above $1 billion in Australia as the drag caused by slightly lower average balances per customer metric was cushioned by continued growth in paying customers. Despite this Raiz saw an increase in account fees that are linked to FUM.

Further penetration of target Southeast Asia markets occursRaiz continued to build scale in its target Southeast Asian markets in the first three months of calendar 2022. Active Customers in Indonesia grew by 129.4% to 230,824 YOY and 11.7% QOQ in Q3 FY22, while Active Customers in Malaysia rose by 89.2% YOY and 7.6% QOQ to 104,436. These gains occurred despite the heightened geopolitical concerns and fears that continued inflationary pressures would force central banks to start tightening monetary policy settings. Work continues for the launch in Thailand. However, the reintroduction of tighter COVID restrictions in the quarter has pushed out the time frame for licence approval.

New board member announcedRaiz made a valuable addition to its leadership team in the March 2022 quarter with Philippa Taylor joining the board as a non–executive director, effective 1 February 2022. She brings a wealth of experience in workforce and executive governance, organisational culture, and engagement with fast–growing companies with global operations.

Ms Taylor has two decades of board experience, spanning ASX listed, commercial and government organisations, and not–for–profits. Over this time, she has held Chair positions on remuneration and nomination committees. She has also held senior executive roles in several customer–centric industries, including CEO at Deakin Health and Sports Centre (since acquired by Fitness First) and Global Director, People and Culture, for SMS Management and Technology (now part of NRI).

The curriculum’s end–goal is to build students’ confidence in finance and money management – a fundamental life skill. Importantly, it will address financial literacy in a much wider sense, incorporating the new realities of digital currencies and investment. Delivery of the course’s stated goal will provide a key tool for young Australian investors – a growing cohort in the country’s overall investor pool – to create their own diversified portfolio of investments with the right know– how.

At the same time, the Company’s new version of Raiz Kids in Australia continues to be beta tested by a select group of customers, with its official release in late April.

CorporateCash receipts from customers of $5.1 million in the Q3 FY22 period up 0.7% on the level reported in the previous quarter (Q2 FY22: $5.0 million). Total cash outflows from operating activities for the quarter of around $0.8 million were down on the Q2 FY22 figure of near $0.2 million inflows.

The Company ended the March 2022 quarter with $18.7m million in cash, cash equivalents and term deposits.

Raiz Managing Director/Group CEO George Lucas said: “We were pleased with Raiz’s performance over its Q3 FY22, particularly in the context of geo–political uncertainties, weather, the pandemic and increases in cost–of–living expenses. Just as the drag on sentiment caused by the pandemic started to wane, it was replaced by another bout of geopolitical concerns, notably the Russia–Ukraine conflict. Other layers of uncertainty have been created by the increase in cost–of–living expenses coupled with rising expectations of higher interest rates in Australia and major overseas countries.

“In the face of these, we decided to temporarily reduce our marketing spending through existing channels globally, a move that has served us well in past periods of widespread market disruption. We expect marketing to pick up in May via the Seven West Media channel.

“It was good to see Raiz group FUM remaining comfortably above the $1 billion mark by the end of Q3 FY22.

“We are proud of the Raiz team’s continued ability to deliver on our growth strategy despite the uncertainties experienced in recent months. The move by our Malaysian team to add gold as an option for customers to select in their Custom Portfolio was well received. In Indonesia, we continued to do what I believe we do well and work towards delivery of new portfolio options, Raiz Rewards partners, and improved customer engagement. In both countries the app rating remains high, 4.5 and above (depending on country and platform).

“Looking to the future, we expect recent investments to deliver ongoing organic growth in both Australia and our target Southeast Asian markets. We also continue to examine several growth– by–acquisition opportunities that could potentially broaden our product range and geographic footprint.”

CEO of Raiz Invest Australia Brendan Malone said: “Q3 FY22 saw a unique combination of significant geopolitical and macroeconomic events. We were very pleased to see that despite these external factors our customers continue to stay with us through these periods of market uncertainty. We were especially pleased by the growth evident in the superannuation component of our headline FUM number over the final part of the quarter. With FUM in superannuation now close to $200 million, it is evident more customers are trusting us to be the custodians of their future retirement incomes in addition to their micro–investing.

“The March 2022 quarter saw us make significant investment and progress on a major advertising campaign to increase brand awareness and attract new customers. This campaign will be aired on the Seven West Media network from the beginning of May. Upon launch we will see a material increase in the amount of Raiz marketing put in front of existing and potential Australian customers.

“In the meantime, we have continued to focus on our core strategy of both expanding our Australian client base and gaining more of their proverbial wallet. We released our upgraded Raiz Rewards platform and significant enhancements to Raiz Kids over recent months. The enhanced customer experience it provides will help us deliver on our target of increased revenue per customer over coming quarters.”