No 'passive' stakes for CBA in new fintech push 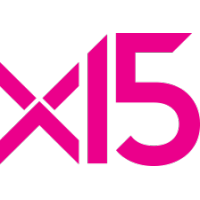 No ‘passive’ stakes for CBA in new fintech push

The Commonwealth Bank hopes to get the edge on rivals by launching 25 new fintech businesses over the next five years, with plans to roll out the start-ups’ products to its millions of customers.

CBA, considered the technology leader among the big four, on Monday signalled it could lift its $1 billion a year tech investment budget, as it unveiled a new platform aimed at pumping the bank’s capital and expertise into fintech start-ups.

Other banks including Westpac and National Australia Bank have set up venture capital funds that take stakes in fintech firms, but CBA signalled it would take a more hands-on approach.

“We didn’t want to be a passive equity investor, we actually wanted to work with a range of different businesses across what we believe are going to be critical – either experiences for our customers, or eco-systems and platforms – as the market evolves, ” chief executive Matt Comyn said.

Mr Comyn said the bank’s new full-owned fintech entity, named X15, would aim to accelerate the growth of fintech firms, focusing especially on businesses that could be useful for CBA customers. The banking giant hopes the new ventures it backs will diversify its revenue, improve technology and differentiate its offering to customers.

“Undoubtedly I think it’s going to accelerate the pace of innovation for the bank, which is incredibly important. We want to see a dramatic increase in terms of what we can bring to market,” Mr Comyn said.

CBA hopes to bring five start-ups to market this year. The first two start-ups with X15 backing are businesses called Home-In and Vonto.

Home-In is an app aimed at helping customers with the legal, financial and logistical processes of buying a home, and Vonto is an app to assist small businesses manage their use of platforms such as Xero and Stripe.

The managing director of X15, Toby Norton-Smith, said the bank would aim for the new fintechs it launches to serve at least 3 million customers – but he acknowledged some of these bets would inevitably fail.

Source: No ‘passive’ stakes for CBA in new fintech push

Global robo-advice industry to be worth US$1.4t