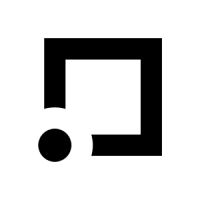 A new credit report provider has launched in Australia, providing users with free credit scores and reports as well as a marketplace for home loans, personal loans and credit cards.

ClearScore, a UK-based fintech that also has arms in South Africa and India, has now launched in Australia, enabling Australians to access their credit score and report for free using ClearScore’s website and Android app (with iOS capability expected to launch in due course).

The fintech, which utilises credit information provided by Experian, has said that it aims to “play a key role in the fabric of Australia’s credit landscape in the wake of the financial services royal commission”, particularly as the royal commission “showed how important it is for Australians to develop their understanding of credit and lending”.

The company also found that 34 per cent said it was complicated to find the best loan or credit card, and 55 per cent stated it was too much hassle to apply.

As such, the company is also launching coaching plans for users to help them “achieve their financial goals” by providing education around “financial basics” and “tailored support according to the user’s unique circumstances”, supported by a chatbot.

It is also providing a marketplace to help Australians to find deals on credit cards, personal loans, home loans and more.