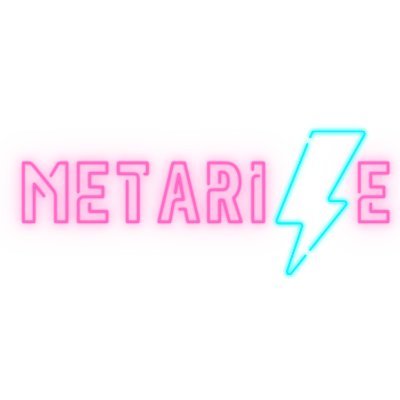 Having run numerous web2 accelerators in partnership with brands such as Microsoft, Village Roadshow, Charter Hall, and Mills Oakley, Metarise’s ANZ Launchpad will be run in partnership with DAO Under – a community of web3 enthusiasts from across Australia and Asia and Metavise – a web3 agency helping traditional brands get into the metaverse.

“Today is an extremely exciting day for not only Labrys, but everyone who – like us – is extremely excited about web3 and its potential,” comments Lachlan Feeney, Founder and Executive Director of Labrys. “We’ve not even scratched the surface of the technology’s immense potential, but through initiatives like this we’re helping to turn theoretical potential into practical reality. We’re hugely privileged to be involved with so many leaders in the space, and can’t wait to help Australia establish itself as a true global leader.”

Only 0.1% (30,000) of the 30 million software developers globally are active in web3, with similar patterns evident across design and marketing professionals. This has prompted various web3 networks and protocols to announce over US$9 billion worth of ecosystem development funds in the 12 months to May 2022, including Avalanche ($200 million), Harmony ($300 million), Algorand ($500 million), and TRON’s $1,111,111 ecosystem fund.

But the team behind Metarise thinks that the problem goes beyond capital to identifying, attracting, educating, and developing talent and projects. Despite the current market turmoil, web3 is tipped to become a multi-trillion dollar industry by 2030, and Metarise Co-Founder Steve Glaveski sees the talent crisis in web3 as a problem worth solving.

The accelerator program, ANZ Launchpad, will be incubating two cohorts of web3 startups. Cohort 1 will focus on NFTs, the metaverse, and gaming, while cohort 2 will focus on DeFi, DAOs, and tooling startups. The program will provide startups with education and coaching on market validation, project design, token economics and minting, community building, and more, and has recruited mentors and coaches from the likes of Dapper Labs, Harmony, Enjin, MintGate and The Sandbox.

DAO Under’s Abhi Maran says, “DAO Under is excited to partner with Metarise in incubating the next generation of Aussie web3 startups. We’ve already seen large protocols emerge from Australia through Immutable and Synthetix. The timing is perfect for the next generation of builders to make their mark on the world and we want to help them do what they do best.”

Glaveski says that Metarise is using token economies and its accelerator model to differentiate itself from accelerator programs more broadly. “All of our accelerator contributors – startups, coaches, mentors, advisors, and so on – will receive our native token, which will give them exposure to our participating startup token pool, and a share in the upside. Web3 is at its core about aligning incentives in a way that better coordinates capital and resources towards common goals, and Metarise is true to that ethos.”

Since 2017, Metarise’s parent company Collective Campus has incubated and mentored 90 startups that have subsequently gone on to raise a combined US$185 million, at a combined portfolio valuation 3X greater than at program admission. Earlier this year, it helped ASX-listed Creso Pharma navigate its way into the metaverse. It has also been the recipient of several Department of Infrastructure Entrepreneur Programme grants to support the development of Australia’s startup ecosystem.

Applications for the Launchpad open on May 16 for startups across Australia and New Zealand, and the first cohort is set to kick off in Q3. Interested startups can apply at metarise.club/launchpad