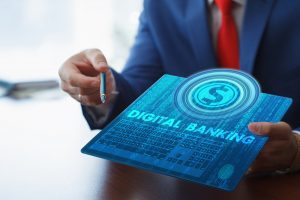 The way neobanks see it, digital banking has barely scratched the surface, with newfangled banking apps nothing more than digitised versions of analog capabilities.

Xinja’s submission to the Productivity Commission’s consultation paper on competition in the financial system, lodged yesterday, encapsulates why it stands alone in this country, in contrast to the proliferation of neobanks in countries like Britain (Monzo, Starling, Atom Bank and Tandem), and Germany (N26 and Fidor).

Thankfully, local barriers to entry are likely to be addressed by the phased licensing system now the subject of an APRA discussion paper.

If legislation is passed this year, Xinja, co-founded by innovation director and former APRA employee Van Le, will be able to operate with a restricted licence and a minimum of $3 million in capital.

All three current alternatives — raise $50m in capital, raise less than $50m to operate like a bank without calling yourself a bank, or partner with an existing bank and lose your independence — are unpalatable.

Xinja launched a Series B funding round last week to raise $10m-$15m. It expects to obtain a restricted banking licence and open for business around the middle of next year. Three years after that, Wilson is aiming to have built his $50m capital buffer to secure an unrestricted licence.

By then, all going well, Xinja will be profitable with about $10m-$12m in annual revenue.

The company will have a funding disadvantage as it builds its loan book to about $100m, or about 250 mortgages.

“But after that, my cost base doesn’t increase significantly and my cost of funds comes down,” Wilson says.