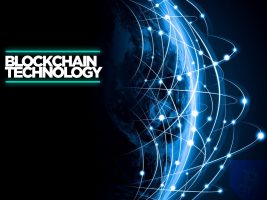 Over the last few years the hype around Blockchain has been brought to the forefront via mass entry into cryptocurrencies.

This is not too dissimilar to when online trading systems became publicly available in the late 1990s early 2000s.  The pattern of behaviour is similar with an opportunity being presented and individuals trying to make a return on investment.  As with the online trading systems, there will be individuals who manage to make significant returns on investment but the vast majority made marginal or no returns.

Before technology is fully commercialised it endures certain growing pains such as awareness, decision to adopt, initial use and continued use.   A good representation of this phenomenon is the Gartner Hype Cycle or the Diffusion of Innovation by E.M. Rogers in 1962.

With cryptocurrency we are reconciling our expectations versus the reality.  For blockchain we are still getting to grips with the technology and imagining how this can potentiality change the world.   There are some really good use cases for blockchain but the future position of the technology is yet to be fully unveiled.

Rogers outlines the following five characteristics which influences a person’s decision to adopt or reject an innovation, namely:

A recent article in The Financial Review titled “Awaking from the blockchain pipe dream: it’s over-hyped” by Nouriel Roubini and Preston Byrne echoed the over hyped sentiment and confusion between cryptocurrency and blockchain.

Roubini and Byrne acknowledge that where there is a speed/verifiability trade off, blockchain is actually worth it but this is rarely how the technology is marketed.

With Banking Executive Accountability Regime (BEAR), Economics and Financial Statistics (EFS), Direct 2 APRA replacement, the Notifiable Data Breaches (NDB) scheme under Part IIIC of the Privacy Act 1988 (Privacy Act) and a Royal Commission into Misconduct in the Banking, Superannuation and Financial Services Industry there is a clear message from regulators that the accountability, verifiability and transparency within Financial Services is not adequate.

A real example of the misaligned accountability, lack of transparency and verifiability is the home loan process from application through to compliance.  Complex, manual processes with poor data quality, large amounts of data manipulation across multiple systems makes this a significant issue for most financial institutions.

By placing key information from this process into a blockchain information can be securely shared across the entire process from application through to compliance.  From the initial proof of concepts we have completed results have shown how we can significantly reduce the complexity of the process, decrease cost dramatically, accurately represent a financial institutions ongoing risk position and increase the value of the loan portfolio.

These real-world implementations have shown that although blockchain technology may not be able to write the initial transactions as quickly as traditional technology, the overall business transaction is significantly quicker and more efficient – requiring fewer systems and solutions.

This approach creates a true data network across the process, increasing security, reducing the total amount of data storage, number of systems required and is more energy efficient.   While blockchain may not be the next TCP-IP there is an opportunity to use blockchain for data as a service across a private consortium of actors across a process.

Blockchain is benefiting from large technology organisations such as Oracle and IBM investing into the technology.  This investment is simplifying, expanding and making blockchain compatible with current technology, design and implementation approaches.

The real benefit to this is that we can enable blockchain capabilities into existing solutions.

Blockchain projects needs to take this gap between technology capabilities and awareness and acceptance into account by maturing the use of this technology within an organisation through a series of milestones which prove to the organisation that the technology is stable, secure, enterprise ready and provides real-world benefits.   Without this due diligence then predictions of Roubini and Byrne will come to pass.

Blockchain technology is now available on numerous platforms (on premise and cloud) and as such the barriers to gaining access to the technology has significantly reduced.  The different blockchain institutions (e.g Linux Foundation,  Enterprise Ethereum Alliance and  Corda) are raising awareness and making resources more available on a daily basis.

More use cases and benefits are starting to come to light with an increasing number of real-world implementations. Some organisations have seen the tangible benefits this technology can offer and have chosen to investigate this further.  One example is HSBC Australia that has partnered with Moneycatcha to roll out a world-first, real-time regulatory reporting platform.

Blockchain is a technology which has a lot of potential.  Seeing the investment from large technology companies and organisations is a sign of confidence and that blockchain is starting to mature in its owns rights.  As blockchain continues to step out from under the shadow of cryptocurrency and people understand its capabilities there is no doubt that the large portion of the well-defined, complex applications which run our organisations today will require transparency, tamper-resistance, efficiency and the capability engage in larger ecosystems across the entire value chain.

John Heaton is Moneycatcha Pty Ltd chief technology officer. He is an IT and banking technology veteran having worked in various senior roles with Oracle, Heritage Bank and Xstrata Copper.

Afterpay sales up 400 per cent in the third quarter