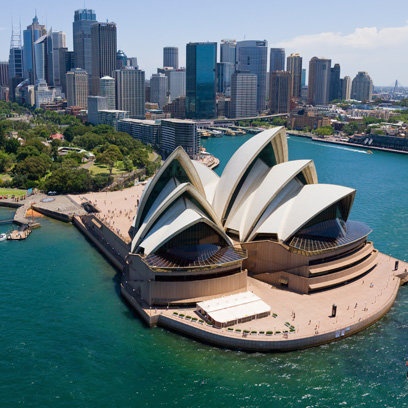 Sydney is home to over half of Australia’s Fintech companies and is helping to drive unprecedented growth in the industry, according to a new report by the Committee for Sydney and KPMG.

The report, Scaling the Fintech Opportunity: For Sydney and Australia, finds that the number of Fintech start-ups in Australia has increased from less than 100 in 2014 to 579 companies today, with around 60% of all Fintech companies basing themselves in Sydney. It will be launched at a special event at 7pm this evening by NSW Minister for Trade and Industry, the Hon. Niall Blair.

Fintech is by-and-large driven by local companies, with 512 Australian and 67 offshore companies operating locally. The range of sectors has also diversified substantially, with 10 Fintech categories having more than 20 Fintechs operating locally. The two largest sectors by number of Fintech companies and capital investment are payments (128 companies) and lending (80 companies), with substantial growth in both categories. Payments is expected to continue its growth, with the New Payments Platform going live in 2018, as Fintech companies, locally and globally, seek to benefit from this new national infrastructure. Wealthtech (77 companies) ranks third highest for number of companies and has also continued to grow, reflecting the sophisticated state of our financial services industry.

Australian Fintech investment has remained strong with $US675 million invested across 25 deals in 2016 and Sydney has been the major recipient of Fintech venture capital investment at $US171 million between 2014 and 2016. This is despite an overall global decline in investment in the Fintech sector.

However, the report finds that the Australian sector faces threats from international tech giants and disruptive startups entering financial services. Also, regulatory challenges continue to stifle innovation and have the potential to create uneven playing fields for incumbents, start-ups and tech giants alike. Sydney, and Australia more broadly, doesn’t yet have a clear business brand for Fintech and beyond our quality of lifestyle there is a lack of clear incentive for international talent to come to Sydney to start a business.

Fintech covers a broad church of financial technology and is synonymous with the emerging financial services sector of the 21st century. Originally, the term referred to technology applied to the back-end of established consumer and trade financial institutions. Over the past decade, the term has expanded to include any technological innovation in the financial sector, including innovations in financial literacy and education, retail banking, investment as well as crypto-currencies like bitcoin.

Other key findings of the report include:

*   Australia has potential to lead the world in areas of fintech innovations such as Payments, Regtech and Blockchain;

*   Government policy, support and vision plays a critical role in the growth of fintech, especially in regards to the ongoing development of the regulatory environment and development of skills and talent attraction;

*   Although London is seen as the clear global leader there is an opportunity for Sydney to become the Fintech hub of Asia.

*   Evolving consumer trends for fintech in Australia show an increasing demand for faster, more convenient and accessible finance and payment services that are embedded into people’s lifestyle and experiences, such as buying a home.

The report has been produced by the think tank, Committee for Sydney, in its role as coordinator of the Financial Services Knowledge Hub in partnership with KPMG and supported by the NSW Department for Industry. It examines improvements that have been made or initiatives that have been implemented, since 2014 and identifies any areas that need to be addressed to enable Sydney to become a strong and prosperous Fintech ecosystem.

Tim Williams, Chief Executive of the Committee for Sydney said:

“The findings underscore the substantial growth that the fintech sector has seen in Australia over the past three years, as reflected in both the increasing numbers of Fintechs operating locally, as well as the level of investment they have attracted.  The challenge now is to see the more mature players scale their businesses, locally and internationally.  The report also highlights the active nature of many Australian financial institutions in proactively responding to the threats and opportunities of digital disruption, and are doing so through a variety of ‘build, buy and partner’ initiatives”.

The report will be available today at 7pm at: kpmg.com.au

Why Prospa turned to Silicon Valley for its latest funding round