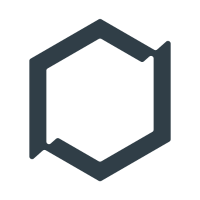 Ahmed Fahour, who has joined BCG Digital Ventures as non-executive chairman for Asia, said the future of e-commerce will rely on trusted digital identity and his new role advising the global venture capitalist, part of Boston Consulting Group, will place him at the forefront of blockchain being rolled into some of the world’s largest companies.

After leaving Australia Post as its CEO on Friday, Mr Fahour has re-emerged at BCG, where he worked for 13 years before embarking on a banking career; the new role would take up a couple of days a month, he said, as he “works on the organisation, not in it”.

BCG Digital Ventures worked with Australian Post to develop its digital identity platform, which has recently launched. The technology allows people to verify identity in just a few minutes via a smartphone using biometric data, and will be robust enough to satisfy passport or mortgage applications. It could become a new growth business for the national utility; it is understood BCGDV will earn a success fee if the platform scales up but does not own equity in it.

Mr Fahour will now have the opportunity to advise BCGDV as it deepens its understanding of digital identity, after investing heavily in DVolution, a platform that will allow companies to access next generation blockchain protocols – known as Dfinity – which will provide scalable, secure, enterprise-grade solutions on open blockchain. It is hoped these will ultimately slice computing costs while enhancing IT security.

“Identity and digital identity is one of the most important opportunities in the next 10 years,” Mr Fahour said on Monday. “How people shop, how people pay and how people transact – these are the three big changes corporations are seeing. And every single one of those three trends is underpinned by identity. You can’t do anything until you know who you are dealing with.

“The single biggest issue slowing corporations and governments down from taking advantage of the digital economy, in all three of those aspects, is cybersecurity. It is one of the top three issues in every boardroom in every corporation in this country; but on the flipside, one of the single largest opportunities to do something about it is blockchain. BCG Digital Ventures has identified this as a significant area that will have a significant amount of resources applied to it.”