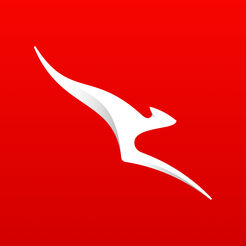 Qantas points are already Australia’s de facto second currency. Switching to blockchain would make it a real one.

In 2017, Qantas (ASX:QAN) made more money selling points than it did selling international flights. Qantas is an airline; only madmen would call it a tech company. Yet over the past decade, that’s precisely what Qantas has become.

In 2007, the company’s loyalty program accounted for 11% of pre-tax profits. In the year to December, that figure has grown to 23%. The Loyalty division earned $369m in pre-tax profits compared to $327m from the International division.

Qantas’s Frequent Flyer program has 11 million members – nearly half the Australian population – and points can be spent on everything from flights and hotels to coffee makers or a bottle of Penfolds. If Australia has a de facto second currency, surely it’s Qantas points.

Qantas earns a couple of cents or so per point awarded, and its partners are clocking up points in the tens of billions. Of all the money spent using credit cards in Australia, some 35% is now on a Qantas-linked card. Retailers such as David Jones, Woolworths, and even online auction house eBay are clamouring to be associated with the program.

From a consumer standpoint, however, the current points-based loyalty program has its shortfalls. Redeeming points can be a nightmare, with blackout dates, too much fine print, and the fact that points depreciate over time as inflation chips away at their value. A third of points never get redeemed.

Turning Qantas points into a blockchain-based cryptocurrency would solve a lot of those issues. Points could be bought and sold for Australian dollars, and the points’ value would be decided by supply and demand. Tracking and transferring points would be a breeze.

Operating an airline requires mountains of capital for the upfront purchase of planes and maintenance. The Loyalty division offsets some of this because revenue from merchants arrives when the points are issued, but Qantas only pays for a product or service when the points are redeemed, which may be a year later. Qantas gets to invest the cash in the meantime.

Switching to a currency-like system would remove this cash hoard, but it could benefit Qantas in the long term.

Source: Is Qantas a cryptocurrency in the making? – Intelligent Investor

How to safely buy and sell cryptocurrency