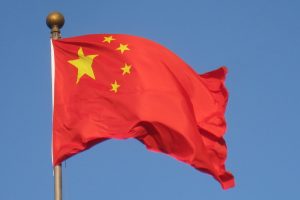 Almost all bitcoin trading is done in China.

The share of the cryptocurrency that’s traded via China’s mainland currency escalated over the past few years, overtaking the US dollar as the dominant currency. From less than a 10% share in January 2012, the yuan now makes up nearly 100% of all bitcoin trading.

Bitcoin surged 120% last year, outperforming every other currency in the world. It kicked off 2017 by rising above $1,000 for the first time since 2013.Those moves were made possible largely because of China.

Volumes of bitcoin trading increased as China’s foreign reserves shrank, by about 8% to $3.05 trillion in 2016. Meanwhile, the yuan weakened against the dollar, hastening the rush of money out of the country and increasing interest in bitcoin.

Last week, the cryptocurrency came under pressure after China announced it was investigating exchanges in Beijing and Shanghai on suspicion of market manipulation, money laundering, and other issues.