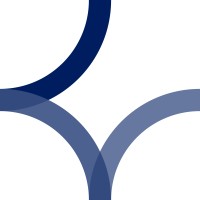 Leading digital banking and payments company Novatti announce that it has secured a strategic partnership with BC Investment Group Holdings Limited (BC Invest) that will enable it to launch and operate its new banking business, once regulatory approval is obtained.

BC Invest operates in seven countries, including Australia, the United Kingdom, Singapore, and China and is a majority-owned subsidiary of Far East Consortium International Limited (FEC), a HKD$6.5b plus conglomerate listed on the Hong Kong stock exchange. It is a leading international financial services provider specialising in lending and asset management. In particular, it has strong in-market lending operations, with more than AUD$1.1b of mortgage loans and over 3,800 customers, with a strong focus on growing its Australian business.

As part of this new strategic partnership, BC Invest, through a wholly-owned subsidiary, will invest $2m into Novatti’s dedicated banking subsidiary, Novatti B Holding Company Pty Ltd (NBHC), as part of a seed funding round, to acquire a 19.9% share of NBHC. These new funds from BC Invest will be used to accelerate the development of the banking subsidiary.

Following this seed funding round, NBHC has received interest for a further $13m in investment as part of a Series A funding round, at a post-money valuation of $35m. As part of this Series A round, Novatti is proposing to invest a further $3m and BC Invest $2.5m. These additional funds will be used to accelerate the development of this new business on receipt of the restricted banking licence from APRA. Post the Series A round, Novatti and BC Invest will own over 57% and 19% of NBHC respectively.

Highlighting the depth of this new partnership, a BC Invest consortium including FEC and senior management are concurrently investing $3m directly into Novatti through a placement of 6.83m ordinary shares at a price of $0.439. These funds will be allocated to Novatti’s growth strategy for its existing businesses. The placement is to be made within NOV’s 15% placement capacity pursuant to ASX Listing Rule 7.1 and settlement of both the NBHC seed round and the placement is scheduled for 10 May 2021.

Developing a new banking business remains a key pillar of Novatti’s long-term growth strategy. After Novatti submitted its final application for a restricted banking licence, the Australian Prudential Regulation Authority (APRA) advised that it was placing a temporary hold on the issuing of any new banking licences following the onset of COVID-19. APRA has since noted that it will recommence issuing banking licences in two phases, with licencing of new operations, such as Novatti’s, to begin from March 2021. Novatti remains in regular communication with APRA on the assessment of its application for a restricted banking licence. In any case, these funding commitments will enable the bank to launch and operate once APRA’s approval is obtained.

Managing Director of Novatti, Peter Cook, said, “Developing Novatti’s new banking business is a key pillar of our long-term growth strategy to provide value-add to our existing, established businesses. To this end, we are delighted to have secured this strategic partnership with BC Invest, who bring with them strong financial services capabilities, including through their existing lending operations, as well as key customer acquisition channels. In particular, these capabilities will be invaluable in bringing income-generating products, including lending products, to market, which APRA has made clear is a priority for all banking licence applicants in addition to their deposit taking credentials.”

“In addition, BC Invest’s direct investment in Novatti will help further accelerate our broader growth strategy and provides additional opportunities for new business creation. With this depth of partnership, we look forward to working with the BC Invest team.”

There are already a number of examples of Australian neobanks with developed business models that have achieved substantial success in a short period of time. For example, Judo, which focuses on small and mediumbusiness lending, recently secured funding valuing it at more than $1.6b. Further, earlier this year, NAB announced that it will acquire the neobank 86 400 in a deal worth $220m.

CEO of NBHC, Guy Carvalho, said, “The $15m of funds to be raised are more than sufficient to enable us to launch the bank and operate under a restricted banking licence and in parallel progress the application to a full banking licence. BC Invest will accelerate our launch of product and customer acquisition.”

CEO of BC Invest, David Hinde, said, “Today we have cemented a long-term strategic partnership with both Novatti and its banking business. Our focus now is threefold: (i) to assist the Novatti team to secure its banking licence and create an immediate pathway for a profitable and scalable lending business; (ii) provide our growing customer base with access to Novatti’s card and payment services ahead of transitioning our customers to the transactional and service platform that will be provided by the proposed digital bank; and (iii) continue our work with Novatti to deliver payments and card solutions to our domestic and international customers and assist us in the development of our technology platform.”