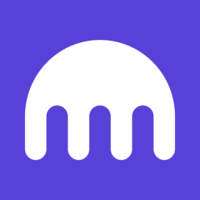 Kraken is one of the world’s largest bitcoin exchanges and they’ve just announced the official launch of its Australian operations in Sydney.

Clients will be able to trade it against Kraken’s most popular cryptocurrencies, including Bitcoin, Ethereum, and Litecoin along with Ripple, Bitcoin Cash and Tether against the AUD.

Clients based outside the U.S. will also have the opportunity to trade AUD FX pairs against the USD, euro and Japanese yen with industry-low order minimums, making it even easier to gain exposure to more assets while avoiding friction when executing orders on Kraken.

Co-founded in 2011 by CEO Jesse Powell, Kraken is a global, cryptocurrency exchange that is consistently rated the most secure digital asset exchange in the world.

It offers a wide suite of sophisticated products that caters to all investor types – retail, spot, derivatives, over-the-counter, margin, and indices – all of which meet the company’s standards for fast and seamless execution.

It's time we focused on the right skills, skills that will take Australia out of the Third Industrial Age