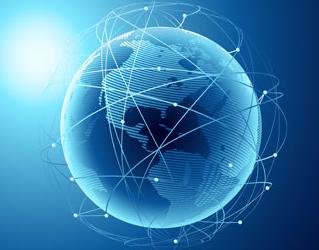 Australian tech entrepreneurs have launched a new digital home for the global fintech community, providing an agnostic platform that founders hope will one day become the seat for an inclusive and encyclopaedic fintech commonwealth.

Founder and CEO, Cameron Dart, told AB+F that the International FinTech platform, combines a web portal and directory to meet growing demand from the global community to have a dedicated, online and natively fintech presence for a sector that transcends borders.

“We like to think of it as the beginnings of a LinkedIn for fintech,” Dart said.

This week’s launch, built on the back of the original Australian FinTech, already encompasses more than 1,000 global fintech companies from over 50 countries. Dart said he expects that number to hit 5,000 by the end of the year.

The platform’s earliest iteration includes a dedicated newsfeed and a universal directory of everything and everyone in fintech. With a global imbalance in national fintech maturity, the company will look to bridge digital and geographic divides and connect fintech ideas from around the world.

“The majority of founders, CEOs, CTOs and developers on the site are from the USA, UK and Europe, but also from countries such as Iceland, Puerto Rico, Kenya and Chile,” said Dart.

“I think the fintech scene in more established markets like the US and the UK is consolidating, whereas it’s growing in emerging fintech countries like Australia and India.

“With this new connectivity on the International FinTech site, fintech startups in Israel can now find the right people to talk to at more established fintech companies in New York or London, while Australian companies can discuss opportunities with colleagues in London, Frankfurt or Paris and so on,” he added.

According to Dart, the current challenges faced by fintech – slow-moving finance sectors, resistant (and powerful) traditional incumbents, pressure to turn profits – will be easier to overwhelm when the disruptive knowledge of global fintech is pooled and universally visible.

A directory that facilitates connections between global fintech players can only be a good thing.

“The ball is now firmly in the banks’ court – particularly in an entrenched system as we see in Australia – as fintech firms are being backed more, used more and accepted more, by millennials and the generations of digital natives to come,” argued Dart.

“It’ll be a generation thing – I know of older people who refuse to do internet banking because of security fears and technical inabilities.

“In Australia, fintech is still in its infancy, and that’s why we built Australian FinTech, but its clicking for the banks – if not their customers – that you don’t necessarily have to go to a bank or a financial planner any more – there’s plenty more options out there and it’s all in the palm of your hand (smartphone, tablet or computer).”

Dart said the company is multi-dimensional – with the same altruistic premise that drives many fintech and Australian fintech companies.

“Of course we also want to put Australian FinTech companies on a global platform, showcase them to the world and introduce them to our partners in London, where fintech is well-established, understood and taken-up by the general public.”