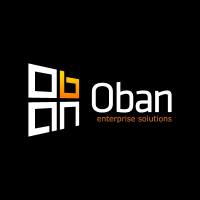 Over the last 5 years, Oban has re-invented many orthodoxies, including:

which have been tested in real-world institutional production environments.

From the start, one thing was very clear; if Oban was to disrupt the industry, it needed to apply a standards-based approach and not be tied to the past, which is littered with proprietary code and practices.  Oban built a series of automation gateways based around global and national standards including SuperStream, SBR2, ACORD (insurance) and ISO 20022 (banking and investment) that interact with the outside world.  Finally, the last piece of the jigsaw was put in place, with Oban creating an event-driven paradigm that coordinates the information flow from these gateways using the industry’s first and only ‘message and standards’ based administration system.

All this put together in a cloud hosted environment, running on Oban’s cloud-first secure messaging platform that exploits features like elastic scalability, and you have the industry’s first Digital Superannuation Exchange.