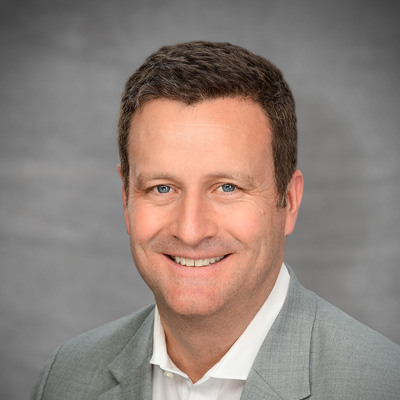 By Simon Banks, Hyperwallet’s Managing Director and SVP of Asia-Pacific


Blockchain has been labelled a disruptive force that could transform entire industries and even have potential to shake the foundations of economic and social systems. With the advent of cryptocurrencies, the banking and financial services sectors were among the first to feel its effects.

In the payments space, it is important to separate the underlying distributed ledger technology from the cryptocurrency hype, and to understand the problems blockchain can solve, as well as the ways in which it can transform payments without disregarding barriers to implementation.

Cross-border payments, a space that currently begets frustration but is increasingly dominated by innovative fintech players, could mark a starting point for reconciling legacy players with fintech’s advancements in payments through blockchain technology.

In light of the ‘on-demand’ society in which we now live – where people expect things to be done quickly and conveniently – cross-border transactions are ripe for digital disruption. The current system is slow, costly and complicated.  Yet, to the frustration of businesses and consumers alike, banks have been slow to welcome disruption.

In traditional cross-border payments, banks must reconcile their ledgers before a payment can be cleared. The respective financial institutions involved in the transaction must hold account balances with their international counterparts while maintaining their own transaction records. The whole process moves slowly and can involve increased costs and risk for the respective banks.

Blockchain provides a modern and dynamic solution to streamline the cumbersome process of moving money across borders. Distributed ledger technology can be used to solve banks’ cross-border woes as it quickens settlement time and lowers the cost of completing international payments.

A blockchain solution for banks addresses critical pain points and minimises the potential for errors thanks to the ledger-based system, while also providing transparency and flexibility.

But a blockchain-based system is not going to become widespread overnight.

The question is not so much if the marriage of the hyper-regulated world of banking and blockchain’s promised land of decentralisation can happen but how and when it will happen.

Because the banking industry is governed by rigid regulation designed to prevent banks from a credit risk and fraud perspective, banks are unlikely to take risks unless the regulation is clear or the reward involved is large enough to justify it.

As such, without clear governance and regulation, banks and financial institutions are not going to jump at the chance to replace current cross-border processes with the blockchain. That kind of monumental change is going to take more time.

Of course, there are more immediate solutions. Some banks have begun the process of onboarding onto trust-based platforms that offer a centralised ‘hub’ through which banks can do business and facilitate cross-border payments on the blockchain. A platform like Ripple, for example, offers banks a trusted network governed by established rules that makes it easier for banks to facilitate transactions. While cross-border payment capabilities are limited to those banks who have joined the Ripple network, Ripple helps banks use the blockchain to supplement their traditional cross-border processes.

Companies like Hyperwallet, which provides its own virtual ‘ledger’ network, can work in tandem with these new innovative technologies to help speed up adoption of blockchain. With its extensive global banking network across 100 countries, Hyperwallet provides an accelerated path to improving cross-border payments without banks having to physically transfer money from one country to another, or having accounts with one another.

A Future for Blockchain-based Payments Solutions

As with all new and developing technologies, it will take time for blockchain to earn its keep in modern society. Remember when the Internet was first introduced? People struggled to understand the web and grasp its relevance – not to mention its potential impact – for businesses.

While it appears that banks and legacy players in the financial industry are following fintech’s lead to explore blockchain technology, there are still challenges to widespread adoption. Cross-border payments could provide the ideal stepping stone for banks to further explore and develop the ledger technology.

There is great potential to advance payment systems through blockchain, but, at the moment, it remains largely unrealised.  As banks and other entities continue to explore this nascent technology, it becomes increasingly clear that blockchain will be integral to laying the new foundation of economic infrastructure around the world.

Simon Banks is Hyperwallet’s Managing Director and SVP of Asia-Pacific. A pioneer in the ecommerce marketplace space, Simon’s understanding of mobile and digital commerce is essential to shaping Hyperwallet’s approach in Asia Pacific. Simon is responsible for building out Hyperwallet’s Australian payments team and leading expansion efforts in the region.

Simon boasts an impressive resume with extensive experience in senior management and Asia Pacific roles at disruptive companies such as Salesforce.com, Travelex, Siebel, and Oracle. Prior to joining Hyperwallet, Simon served as Director of Merchant Services at PayPal Australia, where he was responsible for the establishment and operation of merchant partnerships and growth strategies for online payments, mobile verticals, and expanding into new frontiers related to mobile and contextual commerce.

Simon holds a Master of Business in Marketing from the University of Technology Sydney and a Bachelor of Economics from Macquarie University.