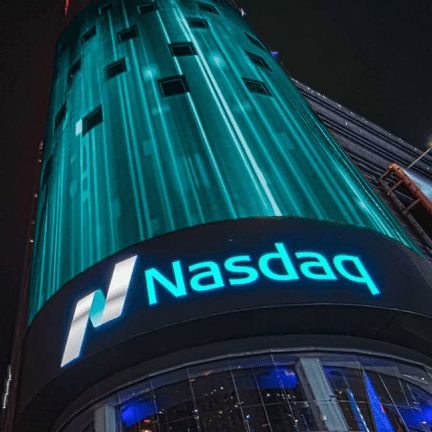 BetaShares, a leading Australian ETF manager, has announced that its flagship Nasdaq 100 ETF (ASX: NDQ), has exceeded $1 billion in assets under management (AUM).

As of 31 August, NDQ had $1.17B in AUM, a net increase of more than $500M since the start of the year. Approximately $300M of this increase came in the form of new money, with the remainder due to the rise in the value of global technology stocks.

BetaShares CEO, Alex Vynokur, said: “We are excited that NDQ has achieved such a significant milestone. Technology has been a key driver of growth in global stockmarkets for some time now, a trend that has been reinforced as the world increasingly moves online in response to the COVID-19 pandemic. We’re very proud that tens of thousands of Australian investors and their advisers are now using the NDQ ETF to obtain a core allocation to global equities, with dynamic growth potential.”

Following a 78% rise from the lows of late March, the first three weeks of September have seen a pullback in the technology sector, with the Nasdaq-100 index falling around 12% from 2 September to 23 September.

Mr. Vynokur continued: “The recent pullback in global technology stocks needs to be seen in the context of the sector’s overall performance this year. The reality is that stocks like Apple, Amazon and Netflix have all enjoyed significant share price rises. The drivers of these rises remain intact, and so the growth story of these stocks remains compelling – however the rate of increase in market valuations we have seen in the last six months clearly can’t be sustained indefinitely.”

Nasdaq congratulated BetaShares on the $1B achievement by lighting up the iconic Times Square building in New York City. 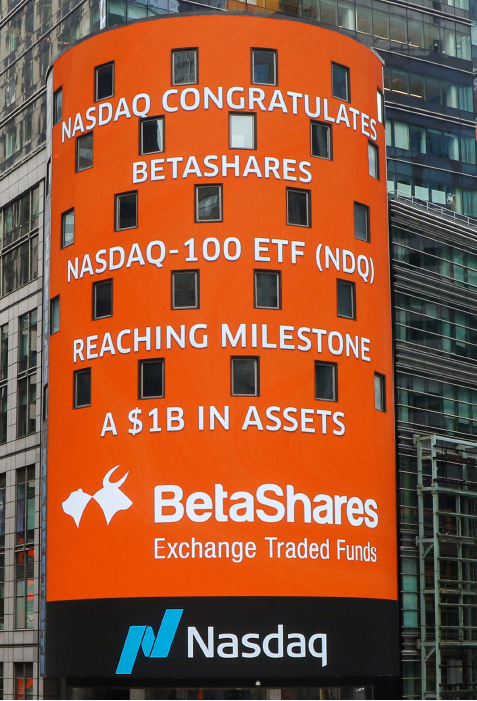 The strong growth in NDQ is part of the overall growth in AUM in the BetaShares range of funds.

BetaShares manages over $13B in assets, having received more than $3.7B in new money YTD, ranking it the #1 ETF issuer for inflows. In June, BetaShares broke the record for monthly net flows for an ETF issuer, with inflows of $700M, only to set a new record of $730M just the following month.

The fund manager’s growth comes against the backdrop of a strong performance by the broad ETF industry, with record trading volumes, and industry AUM hitting an all-time high of $70B in August.

Mr Vynokur said: “The ETF industry has emerged from the market turmoil of the last few months in a strong position, as Australian investors increasingly turn to ETFs to express their investment views.”

* Past performance is not indicative of future returns of the index or ETF. As at 31 August 2020. Source: Bloomberg, MSCI. NDQ’s inception date is 25 May 2015. MSCI World Index represents ‘Global Shares’ and S&P/ASX 200 Index represents ‘Australian Shares’. Performance does not take into account ETF fees and costs.

The 2020 Finnies finalists have been announced