An overview of digital currencies 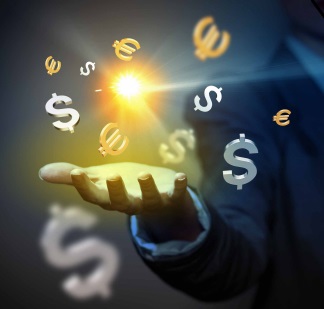 An overview of digital currencies

By now you may have heard about cryptocurrencies such as Bitcoin being used to trade and purchase goods and services, but here’s a fact you may not be aware of.

As of 2016 the United Nations recognises 180 different currencies, everything from the Abkhazian Apsar to the US dollar, however does not recognise a single crypto-currency as legal tender.

Despite not receiving official recognition as a currency, the various crypto-currencies are being used around the world in order to carry out trade for goods and services.

The most popular of crypto-currencies, Bitcoin, has a market cap of over US$10 billion.

Currently there are 654 crypto-currencies in circulation, a trend that appears to be growing in the online community.

Many of the newer online currencies aim to improve or provide a unique point of difference from the original Bitcoin.

These improvements range from faster transactions, better security or the amount of currency available in circulation.

Whilst the origins of Bitcoin are unclear, we are told the peer-to-peer based crypto-currency was created by Satoshi Nakamoto in 2008 as a means to have a decentralised currency that could not be run by banks or government.

As Bitcoin has grown in acceptance over the years, businesses have adapted to accept the crypto-currency into their business model.

Some of these companies include Microsoft, Virgin Galactic, Expedia.com, Subway, Overstock.com, WordPress.com, Dell, Reddit and even the Old Fitzroy pub in Sydney.

As the use of crypto-currencies increases we may see others join the likes of Bitcoin in becoming a commonly traded form of currency.Here are the three most likely candidates:

Ethereum – created in 2014 by Vitalik Buterin, Ethereum was built in response to perceived flaws in Bitcoin’s scripting language.

Ethereum is the name of a virtual application platform and Ether is the crypto-currency traded to make it work.

From a programming level Ethereum is incredibly complex making it difficult to use and understand for some, however is considered to be one of the most superior forms of blockchain technology on offer.

Ripple – like Ethereum, there are two parts to Ripple. The currency and the system by which the currency is traded over.

The creators of Ripple see it as a compliment to Bitcoin rather than a competitor, improving the integration of crypto-currencies with banks and traditional fiat currencies.

Through Ripple transactions occur instantly, are safe and at low operational costs, offering great benefit to banks wishing to transact vast sums of money around the world and in different hard currencies.

Ripple currently services 15 of the top 50 banks in the world, including Standard Chartered and UniCredit.

Litecoin – as the name suggests, Litecoin was created to improve speed across the blockchain and improve upon Bitcoin.

Whilst Bitcoin takes 10 minutes to generate a record (block) for the blockchain, Litecoin is able to complete the task in 2.5 minutes, allowing for faster transactions.

Other than speed for a transaction block to be generated and the supply of coins on offer, Litecoin and Bitcoin are virtually identical.

Where to next for crypto-currencies?

Get used to the idea of crytpo-currencies as they appear to be here for the long haul, regardless of whether the UN or other governmental body officially recognises them as money.

As the world becomes increasingly digitised it may not be long before you walk into your local store and pay in a form of crypto-currency.

After all, most of the money we use today to pay the bills or receive in wages comes in digital form.

The only difference being crypto-currencies offer a decentralised peer-to-peer solution rather than a centralised currency controlled by a bank or government.