As Afterpay shares go gangbusters, why is COVID-19 driving a buy-now-pay-later boom? 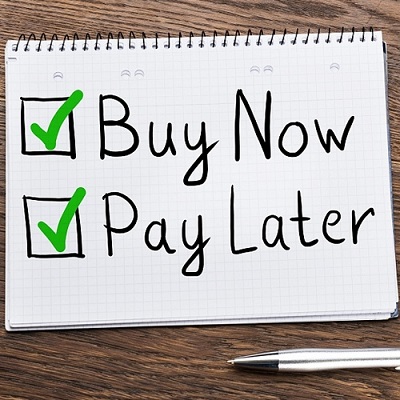 As Afterpay shares go gangbusters, why is COVID-19 driving a buy-now-pay-later boom?

Of all the obscure and unexpected trends to come out of the COVID-19 pandemic, there’s one fintech stock story that has dominated headlines: Afterpay, and the buy-now-pay-later competitors following in its footsteps.

Afterpay’s sales were more than 100% up in the 2019-20 financial year, compared to 2019-20, with the final quarter of the financial year performing particularly strongly, even as Australians endured the COVID-19 crisis.

After hitting a low of $8.90 towards the end of March, Afterpay’s share price has since skyrocketed, peaking at just over $75 on July 21, giving the business a market cap of more than $20 billion.

In early-July, Afterpay founders Anthony Eisen and Nick Molnar announced they were selling $250 million in sales, as part of a bid to raise $1 billion in fresh capital for the business.

Rival Zip is also putting in a strong performance, reporting record transaction volumes in the last quarter of the financial year, and recording record highs in its share price.

But there’s also activity among the new kids on the block.

Payright — a startup offering buy-now-pay-later solutions for big-ticket items — raised $12 million in an oversubscribed round earlier this month, with co-founder Piers Redward saying COVID-19 saw an uptick in business.

Speaking to SmartCompany, SBO Financial director and head of growth Jason Andrew notes that we’re seeing a swathe of new entrants in the buy-now-pay-later (BNPL) space.

“It’s almost what Uber was before,” he says.

Where once it seemed every new startup was the ‘Uber for X’, now everyone is launching the ‘Afterpay for’ their specific industry, demographic or business model, he explains.

“It’s seen as a low barrier-to-entry tech play,” he adds.