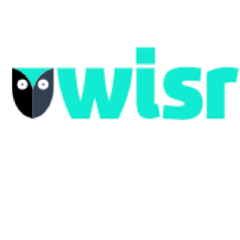 Loans will be available for any worthwhile purpose over three or five years, with a comparison rate of 9.36% p.a.(2, 3, 4) for borrowers with strong credit rating and with a Wisr personal loan there are no early repayment or exit fees.

Anthony Nantes, Chief Executive Officer, Wisr said “we have never been in a stronger position to help more Australians achieve a fairer financial future. During the past six months we’ve seen increasing borrower demand, continued strong support from institutional lenders and improvements to our lending platform.

“Today’s announcement means creditworthy Australian borrowers now have more choice, to do bigger, more exciting things, and the opportunity to potentially make significant savings through lower interest rates and lower fees when compared to a personal loan from a traditional big bank.”

The move follows a period of strong personal lending growth for the company. Wisr announced record loan growth earlier this year, with originated loans growing by 42% in FY18 Q3 when compared with the previous quarter. It was the company’s largest quarter in loan originations since it began in 2014.

During the same period the company also announced ongoing improvement to its automated loan evaluation platform. The gross annualised loss rate for the loan book up to the quarter ending 31 March 2018 had also been below 2%.

Cryptocurrency is a new 'coin of the realm' for loyalty programs