Will Australians trust startups with their money as the cashless economy takes hold? 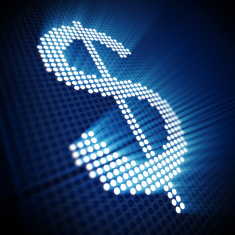 Will Australians trust startups with their money as the cashless economy takes hold?

F5 Networks today announced new research showcasing that while Australians are moving towards a cashless economy, they remain divided when it comes to the future of payments. The study, The Changing Face of Payments & The Rise of the Cashless Economy, revealed over a third (34%) of Australians wouldn’t trust a startup with their money despite 58% of people using digital banking apps today.

The F5 research explores the intersection between traditional and digital transactions with 60% of Australians indicating their behaviour will be guided by security. This builds on F5’s earlier Curve of Convenience survey, where 63% of Australian respondents emphasised valuing security over convenience.

Jason Baden, Regional Vice President, AN/Z of F5 Networks commented, “With a major shift to card and other digital payment methods, our payment landscape is shifting rapidly. However, as the research shows, Australians are still prioritising security in digital transactions. To compete with FinTechs, banks need to put customers at ease by leveraging emerging technologies that offer both security assurance as well as optimal experience. It’s much easier for the banks to invest in innovation, than for FinTech startups to convince consumers they can keep their money and data safe. It’s really the banks game to lose.”

When it comes to security, cash is perceived as more secure than card, with 57% of respondents placing their trust in cash and only 38% in card payments. However, despite security concerns, findings from the research suggest that the future of payments is cashless, with 46% of people only using cash once a week or less, and 34% of people carrying AU$20 or less in cash at any given time.

The study found cards are the most common form of payment for Australians and over a third would change where they spend money, based on whether the business offers card payments or not. This signals a wake-up call for businesses who either don’t accept card, or charge fees on card purchases. Baden went on to say, “Australia is already way out in front when it comes to using tap and go technology, and the digitisation of money gives FinTechs a boost as they can easily manage digital payments with only a fraction of the overheads of the big banks. Banks need to invest in innovation and shift the current model towards a digital cashless economy.”

Other key insights from the research include:

F5 Networks commissioned global insight agency The Leading Edge to conduct an online survey of Australian’s between the age of 18 to 65 on their payment habits and relationship with banks. The research was conducted between the 4th and 10th of July 2018 and received 1,034 completes.

Competition in SMSF market tipped to turn as robots enter