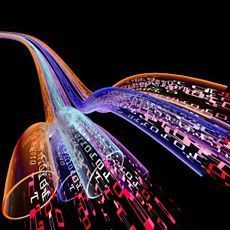 The new Consumer Data Rights legislation is cumbersome and will prevent Australia competing with the US, Europe, Japan and South-East Asia, in the trillion-dollar financial data economy, says international data specialist Julian Ranger.

The Federal Government recently passed the Open Banking sections of the CDR legislation (CDR), providing Australians with more control over their financial data and, in theory, allowing customers greater comparisons between financial products.

However, Ranger, Executive Chairman and founder of the UK arm of the data-sharing company Digi.me, is in Australia advising key politicians and government bodies about the pitfalls of the open banking legislation, which mirrors laws implemented in the UK and Europe last year.

He says the CDR Legislation is missing a key element that would allow Australia to immediately launch into the trillion-dollar global data economy.

“The reality of this is that had they included the requirement for data to be available with a  well-formed API – it would have springboarded Australia into the trillion-dollar market,” he said.

“If you had done that the banks -including the tier-two operators- could have implemented CDR within a few months instead of a few years. The industry can solve the problems for the government if you allow them to.”