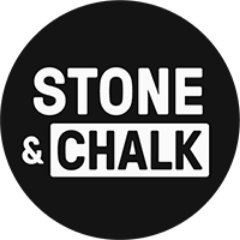 Asia’s largest fintech innovation hub, Stone & Chalk, is today announcing the appointment of a new chairman and suite of new board members, as it prepares for its next phase of growth, transitioning out of “start-up” mode to “scale-up” mode itself.

After the conclusion of Stone & Chalk’s AGM in November, Leona Murphy, who had already served for three years on the board, will move up and replace Craig Dunn as Chairman, whose three-year term was set to expire.

Speaking on Craig’s departure, Stone & Chalk CEO, Alex Scandurra, said; “I will forever be grateful to have served as CEO alongside someone with the wealth of knowledge, experience, and passion for supporting Australian fintech as Craig Dunn has had these past three years.

“He has been incredibly generous with his time during his tenure, and remains dedicated to our higher purpose of building Asia’s leading fintech ecosystem. I look forward to a continued personal and professional relationship, with Craig remaining within the family as a Stone & Chalk Global Ambassador,” said Mr. Scandurra.

Leona will bring a vast range of relevant experience as she steps up to the new role, including 20 years in financial services, 10 years in C-Suite roles in Top 20 ASX-listed organisations, and multiple board positions across public, private and member based organisations.

“Leona was a natural choice to step into Craig’s very big shoes, given her demonstrated leadership and business success across a variety of relevant industries and business types,” continued Mr. Scandurra.

“She has more than proven her commitment to fostering and accelerating the development of our world-leading portfolio of fintechs during her tenure on our board over the last three years. She’s been instrumental in supporting the development of Stone & Chalk’s strategy, and continually exemplifies our core values of honesty, transparency, and integrity.

“Leona will be integral in helping to shape and guide our approach as we move into our next ‘ramp up’ phase, cementing our position not just as the natural centre of gravity for fintech in Australia, but as a destination for leading fintechs from across the globe,” said Mr. Scandurra.

Speaking of her appointment, Ms Murphy said, “I’m delighted to have been given such an exciting opportunity, and am deeply impressed by the exceptional quality of our new Board. It will be my pleasure to help guide Stone & Chalk’s transition into its next phase of growth alongside such a passionate Board and management team.”

New Board appointments include:

The new recruits will also join Ian Pollari, who remains on as a director after joining at Stone & Chalk’s inception, and who is Global Co-Lead of KPMG’s Fintech practice and Head of KPMG’s Banking Sector in Australia.

All potential candidates were screened against the Stone & Chalk Board Skills Matrix, to ensure the final selection possessed a suitable mix of relevant skills, experience, diversity, and knowledge to guide and provide effective oversight of the company.

Of the final Board composition, six of its nine directors have successfully founded start-ups, five currently hold senior positions with leading fintech businesses in Australia, and three have senior leadership positions with corporate partners of Stone & Chalk. Nearly half are women, and all have extensive financial services experience.

“It’s well-known that boards with greater diversity across factors, such as industry background and experience, achieve higher revenue growth, profitability and shareholder returns than those without,” continued Mr Scandurra.

“As we head into our next phase of rapid expansion, we are confident that the team we have selected possesses the perfect balance of experience, skills, and perspectives to take us to the next level and beyond,” he concluded.

Pursuant to the Constitution of Stone & Chalk, all new directors will stand for election at the coming AGM in November 2018.

Australians are embracing fintech as they move away from traditional payment solutions: Research