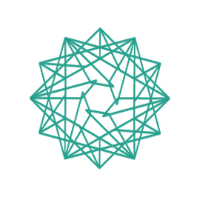 The company, which is trialling community trading of solar energy over a custom private blockchain platform in Western Australia and New Zealand, aims to host a “token generation event” in early September.

The amount they are seeking is uncapped and will be determined by demand for Power Ledger’s “POWRS” tokens. Chief executive Dave Martin said that, while they would be satisfied with $5 million, they could raise $10 million or $20 million if demand is strong.

Jemma Green, Power Ledger chair, said the nascent ICO or virtual IPO market has some features of the “wild west” – with youthful “cryptocurrency” experts launching jurisdictionless ICOs in businesses in which they had little or no background.

But it is also attracting bona fide businesses and has raised the equivalent of $US1.2 billion ($1.5 billion) in capital to date this year. A blockchain advertising business called Basic Attention Token raised $US36 million in 30 seconds earlier this year, and last week a blockchain data storage network called Filecoin raised an estimated $US200 million in an hour.

Crowd-sourced equity funding to open up for DIY funds