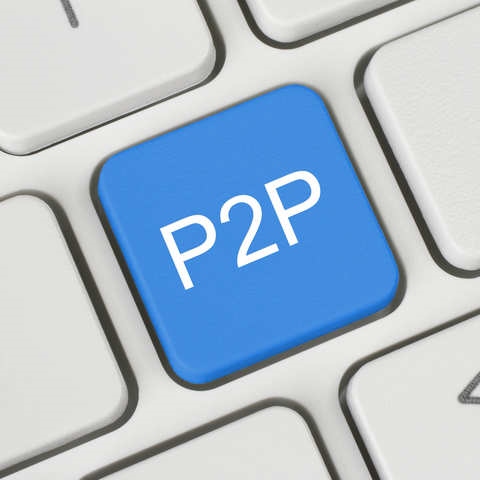 These lenders provide personal loans of up to $50,000 for periods of between two and five years for home renovations, to consolidate debt, finance a car or or even to buy household appliances.

While borrowers may be eligible to obtain a loan from a regular lender, many are looking for the cheaper interest rates on offer than is available at the big banks.

Unlike a term deposit, P2P loans are not government guaranteed. However, retail investors looking for higher rates can choose how much risk they want to take when they lend, and their cash is often protected against borrowers defaulting by insurance or provision funds.

Although P2P lending remains a relatively tiny portion of all loans made in Australia, it is a mainstream business overseas, particularly in the United States and the UK.

The first company to offer P2P lending in the UK was Zopa in 2005. It has since issued more than $2.9 billion in loans.

On the face of it, the interest rates stack up. P2P retail investors can receive rates of up to 7.5 per cent – far more than what can be earned by leaving your cash parked in a bank.

The Australian Securities and Investments Commission reported that more than $430 million in loans were written by P2P lenders in fiscal 2017-18 but key players have reported strong growth since then and more new operators have been entering the market.

RateSetter, founded in Britain in 2009 and launched in Australia in 2012, is among the largest local players. Other majors include SocietyOne and Harmoney.