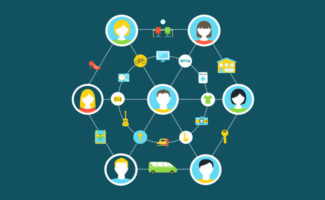 THE bank of mum and dad is receiving a welcome cash injection as a growing number of households put a price on the things they previously gave away for free.

More households are renting out a spare room, car sharing, selling goods and services and even lending to each other as the “sharing economy’’ expands, research shows.

According to polling by RateSetter, some households are earning up to $120 a month. On the downside, however, all those people who benefited from the “free economy” are now having to wait their turn, or pay for it.

Free rides, spare rooms, and even the kids’ old books and toys are increasingly thin on the ground as parents and grandparents get in on the act by offering ride sharing, selling old items and renting out rooms.

The survey, for the Sharing Economy Trust Index, found more than 60 per cent of Australians used a sharing economy service during the past six months.

“Mums and dads are feeling the pinch of low interest rates and a volatile sharemarket,” says RateSetter chief Daniel Foggo.

“Many have adult children to support and retirement dreams to make a reality.

“That’s where the sharing economy with its many flexible ways of earning and investing really fits the bill, in terms of supplementing their income.”

The index results show new money making opportunities “for a potentially large group of Australians who are keen to work but might find it challenging to find traditional jobs”, Mr Foggo says.

“The beauty of the sharing economy is that everyone, young and old, can participate in a way which suits them.”

The most popular way of sharing is through online marketplaces to sell household goods, cars and similar items, with 49 per cent of the population using this type of service, the survey found.

Online outsourcing, through websites that allow people to offer services such as housework, babysitting, gardening and handyman repairs, is the fastest growing type of sharing service.

Outsourcing is now used by 12 per cent of those surveyed — double the proportion a year earlier.

Ride sharing, peer-to-peer lending and accommodation sharing are all equal third with about 10 per cent of the population using these services, while car sharing — categorised separately to just offering a ride — is used by 5 per cent.

On the financial side, average monthly spending in this economy, and income from it, varies widely depending on age group.People under 34 are the biggest spenders and the biggest income earners.

Interestingly, however, it is the 55 to 64 year olds who are making the most profit, with the average pre-retiree earning $115 a week, while spending just $77 a month.

By occupation, engineers and former engineers earn the most through the shared economy, at an average of $93 a month. That is followed by tradies at $89, salespeople $81 and scientists, nurses and IT workers, who average about $80 a month in extra income.

Peer-to-peer lender and salesman Mike Israel says he has been lending through the RateSetter shared economy platform for several years.

He has about $50,000 on loan to multiple borrowers, all for small individual amounts, and earns up to 10 per cent interest on his money.

“I don’t think the banks should have any hold on lending, it’s not a dark art or secret tryst,” Mr Israel says.

“I’m also very risk averse and quite conservative, so it’s not that I’m taking a gamble.”

Source: Money for nothing, cheques for free in the sharing economy | Herald Sun

How incubators are empowering fintech startups