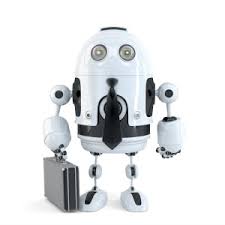 When 800 executives were surveyed for a World Economic Forum report published in September 2015, three-quarters said company audits would be performed by artificial intelligence by 2021.

A similar proportion reckoned the world would have witnessed the first tax collected via blockchain within that timeframe, while 45 per cent said robots would be occupying places at the board room table.

Clearly, the tax profession is ripe for digital disruption.

In a new briefing paper, KPMG envisages a world where much tax compliance work is done by machines, leaving humans to pick up the more complex tasks.

While computers will do the heavy lifting on the number crunching front, tasks requiring “judgement” will still be the domain of flesh-and-blood advisers, according to a report authored by Grant Wardell-Johnson, the leader of KPMG’s Australian Tax Centre.

“Compliance has been streamlined and continues to become more efficient,” it says.

“This will form a sound foundation for even greater specialisation through the use of clever algorithms to calculate tax liabilities.

“Some of this may be mechanistic, such as a thin capitalisation calculation.”

But as exemplified by IBM’s Watson computer system, robots will also be able to learn from data to perform more complex tasks.

Machines can now be programmed to consider millions of images of horses and cows and thus draw their own delineation for what makes a horse different to a cow.

“This is profound and is one of the factors that will lead to the Fourth Industrial Revolution,” the report says.

“In the tax world computers could ‘learn’ to distinguish between an expense which constitutes a deductible repair and one that is non-deductible improvement.”