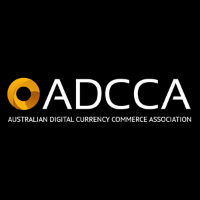 ADCCA counts among its members participants in the digital currency sector, particularly those involved in Bitcoin and technology inspired by Bitcoin’s distributed ledger system, the blockchain.

“Most blockchain use cases will require collaboration within industries and between industry and policy-makers to succeed,” ADCCA’s CEO and managing director, Nick Giurietto, told Computerworld.

“As part of our mission to promote the responsible adoption of blockchain technology in Australia, ADCCA is building our network of blockchain innovators — whether start-ups, incumbents or service providers — to work together to help shape the policy direction that will allow their ventures to succeed.”

The organisation has previously pushed for changes to the treatment of Bitcoin and digital currencies in Australia, in the wake of Australian Taxation Office guidance that effectively imposed a form of double taxation. The government announced in March that it would move to end the taxation of digital currency.