Fintech Cover Genius expands to the US 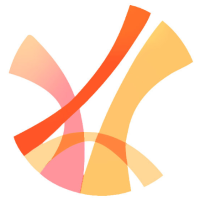 Fintech Cover Genius expands to the US

Australian fintech Cover Genius, which enables ecommerce companies to sell insurance to their audiences, is expanding to the US with an office in Austin, Texas.

Cover Genius, formed by former Google and Yahoo executives in 2014, already has offices in Sydney and London.

“Being near the insurance hub of Dallas brings us closer to multiple underwriting partners, and our location in Austin puts us in the new epicentre of the tech industry in the US,” says Chris Bayley, Cover Genius co-founder and CEO.

The move to the US follows the successful completion of KPMG and Advance’s 2016 elevate61 program which saw 11 Australian startups paired with industry mentors and experts to assist expansion to US markets. In May this year they completed a 10-day visit to San Francisco, New York and Los Angeles.

The Austin office will be led by co-founder and president of partnerships, Angus McDonald.

“The US is our second biggest market, after the UK and Europe, and we see potentially explosive growth there,” says Chris Bayley.

Cover Genius is headquartered in Sydney fintech hub Stone and Chalk. It raised a $1.1 million seed round in 2015 from London-based insurtech investors at a valuation of $US10 million.

Source: Fintech Cover Genius expands to the US | Business Insider

Blockchain adoption in banks coming, but slower than expected

Fintechs must jump many hurdles on the road to disruption