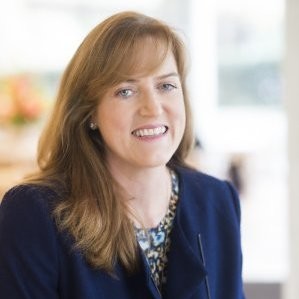 Libby Roy, currently non-executive director of Bravura, has over 20 years leading global financial services and technology companies and joins from Optus Business in Australia where she was their Managing Director. She has also held several senior executive positions with AMP and AXA, was Managing Director of PayPal in ANZ, and held senior global roles with American Express. Based in Australia, Libby will spend a large amount of time working in the UK and other regions that Bravura serves.

Bravura Chairman Neil Broekhuizen said, “I have every confidence that Libby will champion the needs of clients, employees and shareholders into the future. I am delighted that Libby has agreed to become our next CEO, having experienced her talent and contribution first-hand, I am sure she will contribute significantly to Bravura’s development, both internally and externally.”

Peter Mann, former CEO of Skandia and long-standing non-executive Director of Bravura will be the interim CEO until 22 August. Post this Peter will take on the role as Chairman for EMEA (Europe, Middle East, Africa) to bring additional support and focus to Bravura’s growth plans in the region.

In accepting the appointment for Chief Executive Officer from August 22nd, Libby Roy said, “I would like to thank the outgoing CEO, Nick Parsons, for the work he has done in building the executive team and his contribution during his many years with Bravura. I am looking forward to using my experience to harness the tremendous opportunities Bravura has in its existing markets and globally. Bravura has been experiencing a transition in its markets and has been developing its offering accordingly. I am very excited to have been given the opportunity to capitalise on this.”

Peter Mann, interim Chief Executive Officer and new Chairman for EMEA said, “During my time as non-executive director, I’ve seen Bravura grow into a highly regarded and deeply trusted partner to some of the world’s most important financial institutions and I wish to help to continue this growth.”