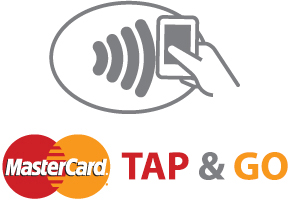 The latest Mastercard Digital Purchasing Survey reveals that Australian consumers are continuously embracing digital payment technology, with more than four in five (82 percent) Australians using tap and go to make payments every week. In fact, over one third (33 percent) of Australians have been annoyed when a store didn’t offer tap and go, and one in ten have even gone as far as avoiding a store that they knew didn’t offer it.

Garry Duursma, Head of Market Development and Payment Innovation for Mastercard Australia and New Zealand, said, “Overall Australians see tap and go as a convenient and time saving way to pay. The survey findings indicate an increasing demand on retailers to take advantage of more innovative payment methods, with the majority of Australians believing that businesses that offer contactless technology are making it easier for their customers. Almost half of Australians are looking for a better and more enhanced shopping experience.”

Consumers are also becoming more aware of the benefits of contactless in security terms, with contactless card payments offering the same level of protection as chip and pin payments. In fact, Mastercard’s Zero Liability on card payments means that contactless is also safer than carrying cash, which could be lost or stolen.  The increase in confidence in the security of contactless as a method of payment is demonstrated in the research findings, which show 64 percent of Australians are now ‘not very’ concerned about security when using contactless, up from 46 percent in 2014.

“Australians have largely embraced contactless payments as a part of their everyday lives, indicating that consumers are starting to gain a real understanding and appreciation for the benefits of contactless,” said Duursma. “There are a wealth of innovative payment technologies available to consumers today, and given the positive uptake in Australia, we expect to see more developments in this area, as people continually look for convenience and time saving in their busy lives.”

While tap and go becomes ubiquitous, survey findings indicate that mobile payments remain a growth area in Australia, with only one quarter (26 percent) of Australian consumers responding that they are aware of having contactless payment options on their mobile phone. Of those that are not aware of having a contactless option on their phone, 36 percent say that they would consider using it and over half (54 percent) of all Australians wish they knew more about digital wallet technology – an attitude that represents a positive trend towards adoption.

Globally, Mastercard is shaping the digital future by creating new and secure ways for consumers to pay across all channels and devices – from digital wallets to tokenization to new solutions in safety and security.

This study was conducted online during December 2016 using a sample of 1,000 Australians aged between 18-64 years old across Australia. Age, gender and area quotas were applied to the sample.

Banks need to contend with YOLO and FOMO for market share