It’s a rare thing to see three of Australia’s big banks, so dominant in their home market, arguing for special dispensation from commercial laws to boost their bargaining position. But when it comes to dealing with Apple, the world’s largest company, Australia’s banks are mere minnows. But with the combination of smartphone proliferation and tap-and-go technology set to revolutionise payments by allowing customers to use their phones like plastic cards, the banks see this case as a cudgel. They’re desperate to retain customer relationships at the point of sale and as commerce moves to mobiles. This fight is an early battle for control of the digital wallet. Apple, banks, retailers […]

The competition watchdog has denied a bid by Commonwealth Bank of Australia, Westpac Banking Corp, National Australia Bank and Bendigo and Adelaide Bank to collectively bargain with tech giant Apple over access to its Apple Pay payments platform. The Australian Competition and Consumer Commission has issued a draft determination “proposing, on balance, to deny” an application for authorisation to allow the banks to form a cartel to negotiate with Apple. A final decision will be made in March. The ACCC said the banks’ proposals could distort competition between mobile operating systems, reduce competitive tension between banks individually negotiating with Apple, and reduce competition between the banks in the supply of […]

DigitalX Ltd (ASX:DCC) has filed its second global provisional patent application, further strengthening the company’s ‘AirPocket’ blockchain-based money transfer app. AirPocket can also be used to pay bills and top-up phones. The new patent describes a method for creating and storing a digital ID on a blockchain, and providing the owner of the ID a way to grant access to historical data from a point in time. In AirPocket, this method is known as an “AirID”. An AirID is created for each user that is digitally on-boarded via AirPocket once successfully passing Know Your Customer, Sanctions and Politically Exposed Person checks. These three processes are necessary to make international payments […] 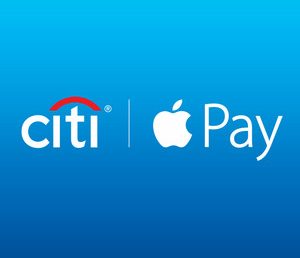 Citibank announced the launch of Citi Pay, a new digital wallet that will provide Citi customers with a simple and fast option for online, in-app and in-store payment needs. Barry Rodrigues, Head of Global Digital Payments at Citi, said the company is uniquely positioned to accelerate payment innovation on a global scale. Citi Pay will be made available to Citi customers for online and in-app purchases. As a digital extension of their current card relationship, Citi customers will be able to make online and in-app purchases using the same Citibank online user ID and password that they currently use to manage their existing online relationship with Citi. The company is […]

PayPal allows sending money by voice via Siri on iPhone

PayPal has announced you can send contacts money simply by asking Siri on your iPhone. You can now use commands such as “Hey, Siri, send John $20 using PayPal”. PayPal says the feature is available from now in 30 countries including Australia with the latest version of the PayPal app. “With so many P2P transactions happening during such a busy season, we’re excited to give our users an early holiday present,” PayPal says in a blogpost today. PayPal is not the first company to offer sending money by voice. Amazon lets you buy certain items from its store using its Amazon Echo home robot. However the robot is not officially […] 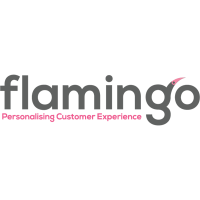 Flamingo Customer Experience Inc, is an Australian-born, US-based, Software as a Service (SaaS) Artificial Intelligence company founded and launched by Dr Catriona Wallace in May 2014. Flamingo aims to fuse web-chat, web-forms and machine learning to guide customers through complex decision-making into quotation and payment – it’s a new way of doing business on the internet. The Flamingo Platform guides customers from page view to purchase on both mobile and desktop reducing the overwhelming nature of the purchasing process making it easier to buy financial products online. With each completed interaction, by keeping a record of all conversations, data and advice provided to customers and then using artificial intelligence, the […]

Up to 4 million Australians can soon start using Apple Pay following a deal between Apple and a body representing smaller banks and credit unions. Customers with debit and credit accounts held with 31 financial bodies will be able to use Apple Pay to make retail payments from their iPhone following a deal with payments provider Cuscal. A Cuscal spokesman said a starting date for the service was yet to be announced. The agreement does not include many of Cuscal’s industry partners and a number of credit unions but it does include 31 credit unions and banks. The list includes Credit Union Australia, Bank of Sydney, Horizon Credit Union, Police […] 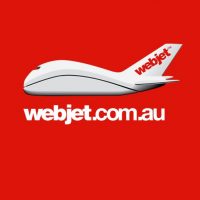 ASX-listed online travel firm Webjet has taken the first steps towards making hotel bookings on blockchain technology, in what it claims is a world first in its sector. The company has completed a six-month project behind closed doors with technology giant Microsoft to create a proof of concept, which it says has the potential to transform the way the travel industry processes and manages online payments for hotel bookings. Webjet’s move follows numerous developments in the banking and finance sectors to take advantage of blockchain technology to speed up payments processing, increase security and reduce costs. These have included work by US bank Wells Fargo with both Australia and New […]