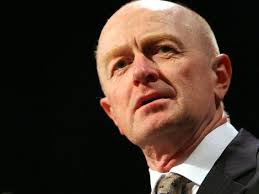 The blockchain technology that underpins controversial crypto-currency bitcoin could bring significant benefits to the global banking system, Reserve Bank of Australia governor Glenn Stevens said. Speaking in his regular year-end interview with The Australian Financial Review, Mr Stevens said it was important for banks to figure out how the technology could be used to create broader efficiencies in the financial system. The words of support from a high-profile central banker will be welcomed by banks and start-ups around the world, which are working to develop applications for the relatively new technology. Blockchain is a digital record of transactions spread across separate computers designed to withstand tampering even by the people […] 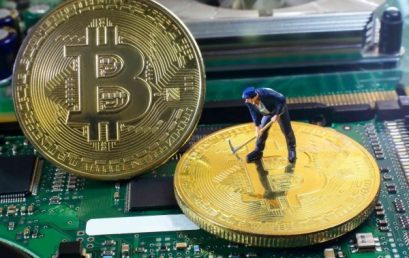 Cryptocurrencies: what to study until there’s a ‘bachelor of bitcoin’

Joel Emery’s passion is cryptocurrencies, IT and tax law. It’s dense stuff, but despite a recent senate inquiry, legal treatment of new financial technologies is in its infancy so Emery’s Bachelor of Laws honours thesis at ANU is in some ways ahead of the regulators. Bitcoin emerged in 2008 as the first decentralised cryptocurrency, a form of cash that uses encrypted records to validate transactions and generate more bitcoin and, although crypto-currencies get a bad rap at times, the industry is estimated to already be worth more than $14 billion. Every day, ordinary people walk out of the house without a cent, yet buy coffee, lunch and dinner using a […]

Investors appear to be increasingly turning towards bitcoins, rather than gold, as the best way to protect themselves against unpredictable financial markets. Worries that the US Federal Reserve could make good on its threat to raise interest rates before the end of the year pushed gold to a three-week low overnight, with the price of the precious metal dropping 2.4 per cent to $US1,147.30 a troy ounce. Although the Fed kept interest rates close to zero at this week’s meeting, it flagged the possibility of a rate rise in December, and this triggered a rise both in US dollar and US bond yields – both of which are negatives for […]

What are your thoughts on this article? Do you believe this is happening? Australian businesses are turning their backs on bitcoin, as signs grow that the cryptocurrency’s mainstream appeal is fading. Concerns about bitcoin’s potential crime links mean many businesses have stopped accepting it, a trend accelerated by Australian banks’ move last month to close the accounts of 13 of the country’s 17 bitcoin exchanges. The development is a blow to hopes of bitcoin fans that the currency can play a significant role in everyday business transactions in developed economies, with Australia once seen as one of its most promising markets. It is estimated to hold 7 per cent of […]

Here’s a follow-up article to yesterday’s article on the blockchain, but this explains it all even further… When Goldman Sachs talks, people all over the world listen. Today Goldman is talking about the blockchain. What the heck is the “blockchain”? Only the next biggest thing since the Internet, according to such tech visionaries such as noted venture capitalist Marc Andreessen. For most of those outside of Silicon Valley and other tech centers, the blockchain is some mysterious computer thing that works with Bitcoin. What they may fail to realize is that the blockchain could completely change the world by allowing us to finally establish true trust and accountability online. Source: […]

Nine of the world’s biggest banks on Tuesday threw their weight behind blockchain, the technology that powers bitcoin. Barclays, BBVA, Commonwealth Bank of Australia, Credit Suisse, JPMorgan, State Street, Royal Bank of Scotland, and UBS have all formed a partnership to draw up industry standards and protocols for using the blockchain in banking. The partnership is being led by R3, a startup with offices in New York and London headed by David Rutter, the former CEO of ICAP Electronic Broking and a 32-year veteran of Wall Street. Source: The CBA has joined eight other massive banks to take the technology behind bitcoin mainstream | Business Insider 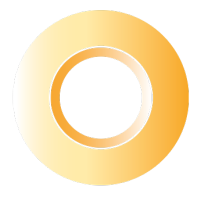 Third time lucky for Bitcoin Group at an IPO?

All the best to Australian FinTech company Bitcoin Group for their launch on the ASX this November. Bitcoin Group are certainly pioneering into the future and the future is now! Bitcoin Group, slated as the second digital currency company to list on the ASX, is set to finally float after twice revising its listing date since it first lodged its prospectus with the corporate cop in June. The bitcoin “miner” lodged a replacement prospectus on Friday, with a listing date set for November 11. The bookbuild for the offer started on Tuesday and will close on October 30. Source: Third time lucky for Bitcoin Group at an IPO?

How long will it be until Bitcoin starts to make a real impact on the incumbent banks…??? Westpac Banking Corp chief Brian Hartzer describes bitcoin and the blockchain as “potentially disruptive” technologies which could be “quite powerful from an efficiency point of view” but says there’s no need for banks to panic about being cut out from the monetary system because any impact will only come in the long term. The blockchain is technology that validates transactions made in bitcoin, digital money that is not controlled by any bank or government, but rather by an open network managed by its users. If it ever takes off, bitcoin could transform the […]