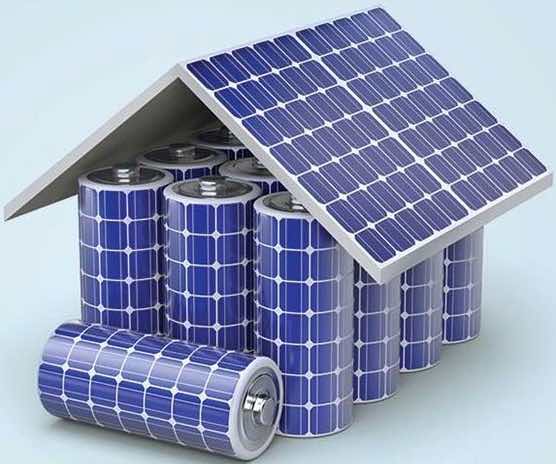 Australia’s leading peer-to-peer lender, RateSetter, has signed a $100 million funding deal with the Clean Energy Finance Corporation (CEFC) to deliver the benefits of the South Australian Government’s Home Battery Scheme – one of the world’s most ambitious Government-funded home battery schemes – to South Australian householders and investors.

Under the arrangement announced today, the CEFC has committed up to $100 million to finance loans where the upfront costs of the home battery system installations are not met by the South Australia government subsidies. The CEFC finance will be delivered through RateSetter’s new South Australia-specific renewable energy lending market.

At the same time RateSetter will enable South Australian retail investors – as well as institutional investors such as banks, credit unions and superannuation funds – to also invest in the program through the new lending market.

Under the State Government’s Home Battery Scheme program, 40,000 South Australian households have access to up to $6000 in government subsidies to put toward the cost of the battery component of solar and battery installations. In addition, subject to credit approval, households will be provided with an option to finance the unsubsidised portion of the battery system and rooftop solar if required.

The Marshall Liberal Government welcomed the involvement of RateSetter and the CEFC in the home battery storage scheme. The scheme was created to encourage South Australians to install battery storage products in their homes to help reduce the cost of energy, improve the resilience of South Australia’s energy supply, and support the environment by lowering carbon emissions.

“RateSetter’s plans to bring in even more investment from retail and institutional investors will play a vital role in reducing the upfront cost of batteries.”

“RateSetter wants to make clean energy products more accessible and cost-effective for Australians. The Government of South Australia’s subsidy, CEFC’s cost-competitive finance and RateSetter’s streamlined customer offering will together provide a simple and fast way for homeowners to reduce their power bills and contribute to a reduced carbon footprint,” Mr Foggo says.

CEFC CEO Ian Learmonth said: “We are delighted to work with RateSetter and the South Australian Government on this program to deliver the benefits of solar and battery storage to householders.

“It makes good economic and environmental sense for home owners to capture even more benefits from their rooftop solar PV with the addition of home battery storage. This investment has the twin benefits of cutting household energy costs, as well as reducing their carbon emissions.

“It is also an important way to reduce customer demand on the electricity network, especially at peak periods, by allowing householders to get the most out of their home solar systems.”

RateSetter has relationships with hundreds of renewable energy installers nationally, including most of Australia’s largest home solar and battery original equipment manufacturers and retailers.

RateSetter and the CEFC have been working together since May 2017, when the CEFC made a $20 million commitment to kick-start RateSetter’s Green Loan Marketplace for borrowers looking to buy or install energy efficient and solar products.

Nationwide, RateSetter has now facilitated more than $370 million in loans to over 27,000 borrowers, with the amount funded each month growing by ~100 per cent year-on-year. The South Australian Home Battery Scheme will support a further step-change in RateSetter’s growth.

Mr Foggo added: “With a 237 per cent monthly increase in the number of renewable energy loans financed between January and August 2018, this is one of RateSetter’s fastest growing business areas and firmly positions the business as a market leader for renewable energy finance.

“Loans are currently funded from over 12,000 everyday Australian investors on RateSetter’s platform, as well as several institutional investors including the CEFC, fixed income funds, SMSFs, banks and credit unions.

“For investors, we are providing a simple way to invest directly in loans for renewable energy products, while allowing them to earn attractive, stable returns.

“RateSetter is very excited about this new agreement and the value it brings for South Australian households. It also shows that the Government of South Australia is embracing new ways of working with businesses that can provide technology-enabled solutions to help improve the lives of Australians.

“We look forward to progressing a number of similar opportunities with the CEFC and other State Governments, so we can continue to open up simple, fast and affordable finance for renewable energy products and improve energy security for all Australians,” Mr Foggo said.

Neobank Revolut to launch in Australia, 20,000 on waiting list