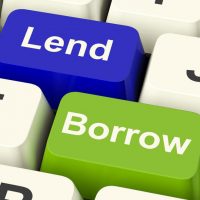 Mergers and acquisitions in the alternative small business lending sector are inevitable in 2017 as investors in fledgling start-ups push for scale to achieve profitability faster, according to David Goldin, global chief executive of one of those online lenders, Capify.

Mr Goldin is one of several leaders of the alternative finance scene in Sydney for Monday’s AltFi Australasia Summit, which will be addressed by ANZ Banking Group chief executive Shayne Elliott.

The Australian Financial Review understands ANZ is conducting due diligence on local SME lender Moula with an eye to forming a partnership that would bring Moula into a network of start-ups that ANZ is building to assist small business customers.

With Tyro recently estimating that banks are failing to meet $60 billion in demand for funding from SMEs, each of the big banks is scrambling to create a strategy around unsecured small business lending after their neglect created an opportunity for fintechs to disrupt the market.

National Australia Bank last year launched its own unsecured SME product, known as QuickBiz Loan. Others are pursuing partnerships: Westpac Banking Corp has one with Prospa, a local player whose lending has just topped $250 million, while Commonwealth Bank of Australia has a relationship with US-listed OnDeck.

Industry sources suggest both the Westpac/Prospa and CBA/OnDeck arrangements are not driving significant volumes for the fintechs and may not have been fully embraced by either incumbent bank.

Speaking broadly about big banks working with online lenders, Mr Goldin said “a lot of these are ‘press release deals’: there is lots of talk, but they don’t generate a lot of revenue or distribution. Just because it’s a big name does not mean its a a big partnership.”

Capify will announce on Monday a partnership with ASX-listed Thorn Group, which will begin selling Capify’s business loans and merchant cash advance products.

In the US, Capify recently sold its operations to Strategic Funding, a US private equity firm, to focus on Australia and the UK markets.