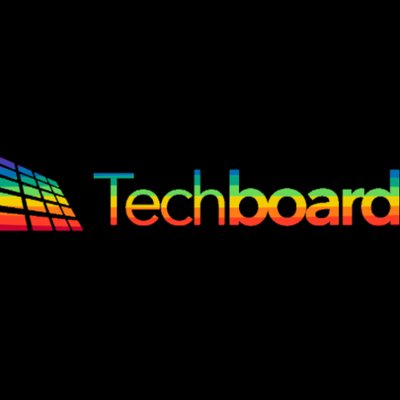 Australia’s top trending companies were celebrated at the Techboard 2017 National Awards on 30 November 2017. Over the course of 2017, Techboard has been tracking metrics on Australian Startups and publishing monthly rankings that rank companies on the extent to which the metrics indicate they are trending or gaining mindshare.  The Techboard 2017 National awards are a culmination of those monthly rankings and comprised two company categories, the highest trending company overall and the highest trending up and coming company.  Techboard held the event in conjunction with StartCon, Australia’s largest startup and growth conference with the backing of leading sponsors MYOB.

In this, its first National Awards, the winners of the two company categories were two fintech companies, interestingly both in different aspects of the lending space.

“MYOB is one of the original start-ups. From our creation in 1991 we have grown to more than 1.2 million customers and over 1500 staff. We know how difficult it can be to start a business, but we also know the incredible opportunity that starting a business provides. We are committed to creating solutions that help businesses succeed. Part of that commitment is supporting the start-up community. It’s fantastic to see the incredible ideas that have been showcased tonight.”

Credi.com from Perth took out the Up and Coming Company Category after launching this year and gaining early traction and doing a great job of raising their profile with plenty of media attention.  Credi is not itself a lender but instead promotes itself as powering the “bank of mum and dad”, providing a platform for formalising loans between family members and others. In a comparatively short time Credi has been able to make a real impact on its ranking with very effective PR including using the Techboard platform itself which significantly improved the company’s visibility on the web.

“A couple of years ago I took another call from my son and I always knew how much money he wanted by the pause, long pause I was in for a lot of trouble. So two years later we have built a platform, we have put about $50M dollars of parents money through this, we are a couple of thousand users and we are going global. Thank you very much for this great award, we are honoured.”

Sydney-based Prospa took out the Highest Trending Company Award after an absolutely stellar year punctuated by two very large capital raises and taking out a series of national and international awards. Prospa provides small business loans and this year topped the Techboard Ranking on two occasions, a testament to the public profile resulting from its outstanding achievements.

In accepting the award, Co-founder and Co-CEO of Prospa, Greg Moshal said:

“Beau and I were reminiscing that we got the idea for Prospa just a few metres from this spot. We used to meet for a beer and discuss what seemed to be a pretty crazy idea six years ago. We’ve come a long way since then. We’re now a team of 150 people, we’ve helped over 12 thousand businesses, we’ve raised over $200M in debt and equity funding and delivered over $500M to small businesses around Australia. We’re pretty passionate about supporting small businesses and we’re proud to accept this award.”

A third category at the awards, the Techboard Startup Community Award celebrated an individual who made a significant contribution to the the person’s local entrepreneurship community. The objective of the award is to acknowledge and celebrate individuals who work to support and improve their local startup ecosystem. The winner of the Community award was Peta Ellis, CEO of the River City Labs, an initiative that was founded by Steve Baxter of SharkTank fame. Peta was not available to accept the award in person as she was leading the Female Founders Mission to London, UK with Startup Catalyst, an indication of the sort of contribution Peta makes to the Queensland and Australian Startup community.