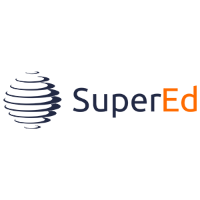 SuperEd was founded in 2012 by Mr Duffield and former Westpac executive and technology entrepreneur Hugh Morrow, with a mission to help the 80 per cent of Australians who go into retirement without help access cheaper financial advice online.

The Sydney-based venture raised over $2.5 million last year from its team and angel investors, and completed the latest $5 million capital raising at the end of 2017, with staff and existing investors making up 10 per cent of the raise.

Mr Morrow told The Australian Financial Review, the fintech venture had canvassed a wide range of investors and got support from $8.6 billion annuities specialist Challenger Limited and Campbell McComb-founded High Line Alternative Investments, which is in the midst of being purchased by ASX-listed Yonder and Beyond Group.

High profile investors such as Mr Bailey and Mr Johnson, who co-founded Macquarie Bank and was the author of the government’s report on making Australia a regional financial hub, were joined in the raise by chairman of UniSuper and former head of Colonial First State Chris Cuffe and Paul Rogan, the founder of Retirement Essentials, an online advice platform for those already in retirement.

Former long-serving Challenger executive Mr Rogan said the rising cost of healthcare, electricity and council rates meant many retirees were still finding it difficult to achieve a comfortable standard of living in retirement.