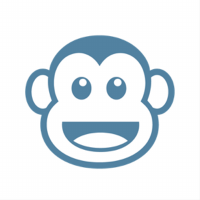 ChimpChange Founder and Managing Director, Ash Shilkin, said: “We are pleased to have delivered solid momentum across ChimpChange’s key business metrics, particularly through the month of September and beyond, while attracting higher value customers to the ChimpChange platform.

“The September quarter saw the ChimpChange business continue to expand on the back of new feature releases, successful execution of marketing programs and a ramp in transaction spending from our growing customer base.

“Most pleasingly, we attained these metrics and transaction volumes more quickly and by deploying significantly less capital than in previous months, as a result of smarter marketing and a favourably renegotiated agreement with our processing partner and banking partner.

“Investors can clearly see the positive dynamics in the ChimpChange business flowing from these developments, particularly relating to improved COGS and active adoption rates, in Appendix A following this market release.

“In light of the positive indications and momentum around engagement, the Company is pleased to report that for the first quarter we were able to scale and attract 15,500 new customers. Customers acquired were in line with our targeted acquisition cost of $25. ChimpChange continues to target 25,000 new customers by the end of December 2016 and remains on track to deliver this growth.

“During the September quarter, the Company focused on acquiring higher quality customers and increasing activity of its customer base. Higher quality customers are defined as those that are regularly deposit and transact on the platform. We are pleased to report that we have been able to execute these plans, and this positive business momentum has continued in to October.

“The Company has never been in a better position. We are well funded, have a great team in place, gross margin positive and are poised to add significant shareholder value.”

TTV for the quarter was US$4.4 million (A$5.9 million1), of which the September month represented 46%. TTV is important in measuring the efficacy of ChimpChange’s efforts in stimulating engagement and activity across its platform. As at 30 September 2016 we have processed over US$20 (A$26 million1) in total transactions.

During the first two months of the quarter, gross deposits from customers held steady with slight positive growth MoM. Deposits in September increased MoM by 73%, representing a new high since re-launch.

September’s acceleration in growth represents the culmination of the Company’s efforts in previous months to acquire higher-value customers and stimulate activity. The Company continues to see positive deposit load momentum into October.

Customer Card Purchases increased quarter-on-quarter by 18% driven by the deposit growth outlined above and customers increasing the proportion of funds used to make Debit Card purchases, rather than ATM withdrawals.

During the 1st quarter of FY17, ChimpChange launched its innovative photo cheque load feature. Photo cheque load had been the Company’s most requested feature, and the initial traction with customers has been extremely encouraging.

Adoption of this feature has grown strongly month over month. On launch of the photo cheque load feature, ChimpChange anticipated that 90% of customers would select the expedited option (to clear within minutes). The Company is excited to report that during the September quarter, more than 97.6% of users chose to clear cheques within minutes – far exceeding initial targets. Customers choosing this option generates more revenue for the Company during the loading process.

The Company notes that users depositing funds through the photo cheque load feature represent a new, separate cohort who use photo cheque load as the primary method of loading their accounts, instead of direct or third-party loads.

ChimpChange Founder and Managing Director, Ash Shilkin, said: “Although equity markets for Australia technology companies may have recently softened, the seismic shift in consumer and investor demand for digital banking products has not changed course.

“A number of our international comparables have been the subject of large corporate transactions. In June 2016, European based digital bank, Number26, raised US$40 million privately. Number26 has grown to 200,000 customers after launching in 2015. In addition, two European digital banks – Holvi and Fidor – were acquired by large traditional banks. France’s second largest bank, BPCE, acquired Fidor in August 2016 at an enterprise value estimated to be close to $2,000 per customer.

“In this context, we are proud to report that all of our key metrics, particularly deposits and debit card purchases, are on track to deliver strong growth in the December quarter.

“Our marketing efficiency and daily acquisition rates are continuing to improve. Having maintained a disciplined pace of capital spending on customer acquisitions in the September quarter, we expect to invest about US$1.1 million in the coming quarter on customer acquisition and in support of our new upcoming product features. As we continue to launch new features that will stimulate additional activity across all cohorts, we remain as excited as ever for the future of ChimpChange.”