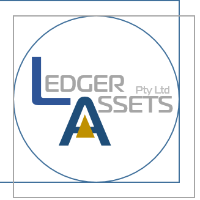 A Perth startup will begin trials of consumer-to-consumer electricity trading this month using Blockchain technology – a small but potentially seismic step towards a future energy system.

This could cut out the middleman – the energy retailer – and help households and firms get more out of their rooftop solar panels and storage batteries. People without solar panels could also buy solar power cheaply from neighbours.

Power Ledger combines the revolution in decentralised renewable energy and batteries with blockchain to develop business models for a future energy system in which consumers can further reduce their dependence on an energy retailer.

It could also help smooth out the troublesome surges and troughs in renewable generation – seen already in South Australia – by making the most of solar panels and batteries in households to better manage demand and supply.

“There’s a war on for who will get the surplus electricity from solar panels. Will it be batteries behind the meter or will you be able to trade your surplus electricity with your neighbour? And for retailers, how do you participate in the new energy market?” said Power Ledger chairwoman Jemma Green.

But Ms Green warned that regulators haven’t caught up with developments in such “behind the meter” services in the National Electricity Market. The NEM of the future shape will be debated at a meeting of federal and state energy ministers this Friday.

Blockchain is the technology behind the virtual currency bitcoin. It provides a secure “distributed ledger” for verifying the creation, transfer and payments in respect of any asset, via 7000 trusted “nodes” or computers around the world.

Currently solar households can either sell surplus power to their energy retailer for about 6 cents a kilowatt hour on a typical feed-in tariff, store it in a battery or waste it (unless they are still on a more generous legacy tariff). But when they are short they have to buy power from the grid at a retail tariff of about 25 cents KWh.

Peer-to-peer trading would let them trade their surplus power to each other at a price that splits the difference. They would still pay a fee to an energy retailer for using the network to transfer the power, but the retailer wouldn’t make such a fat profit on the electricity itself.

P2P lifts in popularity amid miserable year for banks